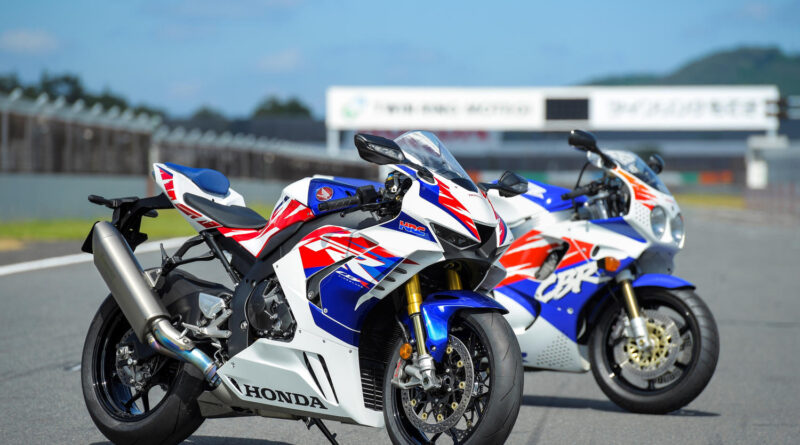 Honda launched in Europe the 2022 model of the CBR 1000RR-R Fireblade and Fireblade SP, its most powerful supersport bike in history, which arrives with mechanical updates and a Limited Edition in celebration of the Fireblade’s 30th anniversary.

Major updates for 2022 are as follows: intake ports, air box, air box funnels and mid-exhaust section have been revised to provide more power and torque at mid-range revs; the rear end drive sprocket has gained 3 teeth, and is now 43 teeth, for stronger acceleration in every gear; and Honda Selectable Torque Control (HSTC) has also been optimized.

In terms of design there is no change but now the CBR 1000RR-R Fireblade SP comes out with gold wheels, in both available colors and which were kept: Grand Prix Red and Pearl Morion Black.

In addition, a Limited Edition was launched, called Fireblade SP 30Th Anniversary, in White, Blue and Red, and graphics that pay homage to the 1992 Fireblade, the sports bike that started it all 30 years ago.

It was launched in 2020, practically a new bike, with a new MotoGP-derived engine, new electronic controls, new aluminum frame and new rear swingarm, as well as new suspensions and updated design.

In addition, it gained aerodynamic ‘wings’, also derived from MotoGP, to generate more grip when braking and in corners and to reduce wheeling.

Finally, the design became even more sporty and aggressive, with the tank placed in a lower position, consequently decreasing the frontal area, and the new fairing and windshield were less inclined (35°), decreasing the drag and the aerodynamic coefficient.

The engine of the 2022 CBR 1000RR-R Fireblade SP, remains the same as the previous model. It is also derived from MotoGP, and uses the same diameter and stroke as Marc Marquez’s RC213V, with various parts (like valves and pistons, for example) being the same.

The electronics of the CBR 1000RR-R Fireblade were one of the points updated for 2022, with a focus on smoothing the intervention, while it works faster.

See the main ones below:

The dashboard is fully digital in 5″ color TFT and it is equipped with a Smart Key system, whereby the ignition and steering lock work without the need for a key. 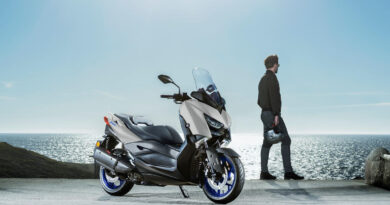 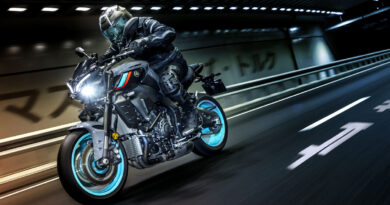 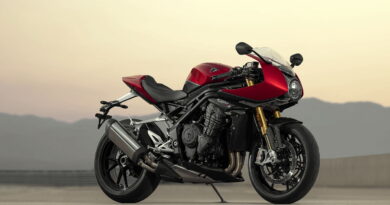