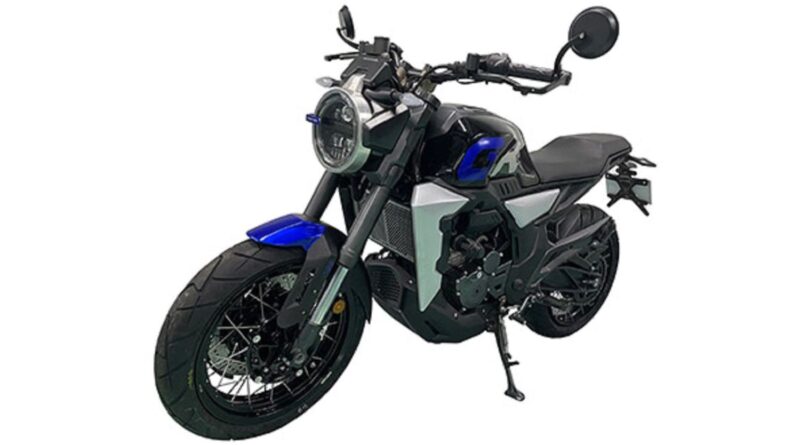 Zontes may launch the new ZK350-GK motorcycle as early as 2022, according to information. The model would be the company’s first with the new 350cc engine.

According to the Cycleworld website, Zontes ZK350-GK had its patent registration published in China. The document contains real images of the model, according to the story.

The ZT350-GK is a ‘naked’ bike with ‘scrambler’ elements and even modern retro touch. There is a version with spoked wheels and another with alloy wheels.

Recently, the company presented a study, called ‘GK Sports Cafe’, a pre-production bike, which mixes ‘Café Racer’ and ‘Scrambler’ styles, with some modern twists. So, it seems that the bike could be this one.

Also, according to the website, the liquid-cooled 348 cm³ single-cylinder engine appears in the documents with a power of 39 HP. The curb weight would be 188 kg (with fuel, fluids and coolant).

In Europe and other markets, the Zontes ZK350-GK will battle the KTM 390 Duke and the Husqvarna Vitpilen 401.

Finally, they say the document suggests that the entire existing 310cc engine line will receive the new 350cc engine (for example, Zontes R310).

We will have to wait for official information, but it seems that Zontes wants to grab a piece of the medium and high displacement market. There are even rumors that the company works on 3-cylinder engines with 650cc and 1000cc.

Zontes manufactures motorcycles with modern design and full of technology. Its models are sold in Europe, Asia and in some Latin American countries, such as Argentina, Peru and Ecuador, for example.