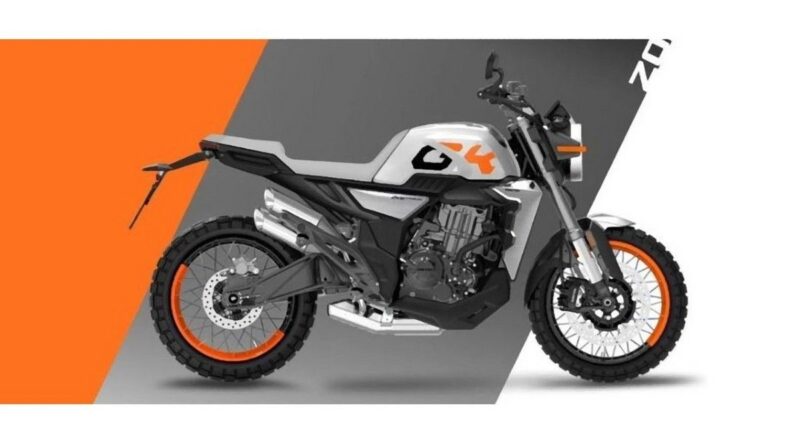 The company presented a study, called ‘GK Sports Cafe’, a pre-production bike, which mixes ‘Café Racer’ and ‘Scrambler’ styles, with some modern twists.

The style and most of the pieces comes from a model that the brand already sells, the 125G1X, a 125cc modern scrambler, that you can get to know a little bit more below. Parts of the brand’s 310cc models are also used, such as the exhaust and the rear swingarm, for example.

Let’s go back to style: Zontes GK 350 Sports Cafe presents the same design as seen on the small 125G1X, bringing a mixture of Cafe Racer, with Scrambler and Retro elements, with round headlamp and rear view mirrors.

Anyway, a 350cc scrambler from Zontes appears to be “in the oven”, and could hit the market as early as 2021.

The Zontes 125G1X has a retro design with a hint of coffee racer, with round headlamp and mirrors. At the rear, the flashlight is located under the seat, very common in Scramblers.

Despite being 125cc, it is equipped with a lot of technology. The rear swingarm is made of aluminum alloy, the front suspension is inverted type, and the model has a brake disc on both axles with two-channel ABS.

The bike has a 20-liter fuel tank and the company says (on its European website, in Italian), that the range is up to 1,000 km.

Zontes manufactures motorcycles with modern design and full of technology. Its models are sold in Europe, Asia and in some Latin American countries, such as Argentina, Peru and Ecuador, for example.