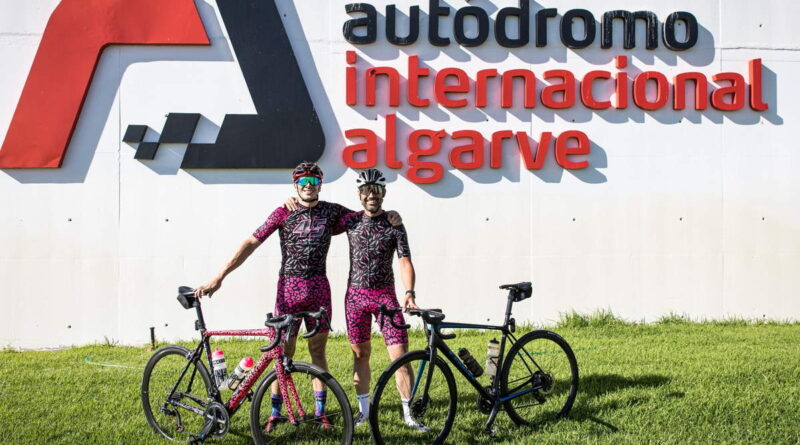 Ducati rider Scott Redding covered 360 km by bike from Jerez to Portimao, for the Portuguese Round of the WorldSBK Championship.

The Championship contender, unveiled the reasons behind the challenge, in an interview with WorldSBK. You can read in full below:

STARTING OFF: how did it come about and why do it?

“The idea came about, I think it was on Wednesday or something,” began Redding. “Giovanni, my crew chief, said to me ‘you could cycle to Portimao’ as a joke. I asked how far it was. He checked and told me it was 360, 370km. I said, ‘that’s a f*****g good idea’. That was where it came from; Giovanni made a bit of a joke but obviously the joke went further than a joke. That’s when we started to plan the route.”

So, despite the distance, why did Redding do it: “I did it because I always like a challenge. You have an opportunity to cycle from Spain to Portugal with beautiful views; I don’t like to sit on the beach for three days, I like to make adventures; you have one life. It’s great to see it and I saw some amazing things. It keeps me a bit in the rhythm for racing. I find it better if I go for three weeks to stay active for three weeks, and then have one week rest after instead of doing three days on, three days off.”

BEFORE AND AFTER: how did he prepare for it and how does he feel now?

Whilst Redding does a lot of cycling, he commented that he couldn’t prepare for it last minute: “You cannot really prepare for something like that at the last moment. I know what the key things are, which are not to push too hard, eat the right food at the right time and try to enjoy it. I’m still in the Championship battle, it just keeps me in the game. I always feel ready, I feel like an engine that’s ready to go and that’s the way I perform.”

Even after the mammoth challenge, he’s feeling pretty well: “Physically feeling quite good, to be honest. I don’t feel any worse than I did after last week, which is a good thing. Today is a rest day but it won’t have any impact on Portimao. It was just a long day in the seat pedalling while people have a long day in the car. It’s just a bit different for me. I feel good; I’ll take one day’s rest and I think we’ll be ready to go racing again.”

Speaking about how it mentally helps him, Redding said: “Think of the hours… I think it was 12 hours on Monday I was on the bicycle. You can think about and digest many things. You have many hours of silence and it’s great to clear the mind. For me, it’s different to many other people. I find you have to work your own path in life; you cannot always do what everyone else is doing and if you do something that people think is completely crazy, OK. To me, it’s not completely crazy; I used this time to think about many things, stay relaxed, enjoy, take the sun and it was great.”

BEST AND WORST: overall, it was great…

Of course, there were good points and bad points to the trip, something Redding didn’t shy away from: “When you have many hours of cycling, all day… on Monday, it was from sunrise to sunset. First of all, waking up on Monday morning at 06:45 to go have breakfast after racing, two long races on Sunday, was not easy. But it was part of the journey. There were a lot of good moments. I went through a lot of old towns with the cobblestones, where no cars were going. Saw a lot of different cultures; you see a lot of good views out to sea.

“There were no real bad things, only my arse was hurting on Tuesday because on Monday we did 240km. The last 20km to the circuit was uphill and we had a strong headwind, so that was quite hard. In general, it was great. I met with Jaycey and my father’s friends to stop for lunch on the way on Monday, so that was good. Monday evening, we took a dinner together. I enjoyed this trip and I managed to share it with Matteo, who is the photographer of the team. He wanted to enjoy this adventure with me, so it was great to have some company.”

However, an emotional Redding said that after a tricky Jerez, it gave him time to process things and that perhaps, this cycle could be a regular fixture if Jerez and Portimao are back-to-back again: “I’d definitely do it again. Let’s say this was the dry run and if we have the opportunity in the future, I think there’s many other people who would like to join. It’s been great and after the weekend in WorldSBK in Jerez, with the loss of Dean Berta Viñales, it was good to process some things because it really touched my heart and hurt me a lot. It was good to have that time. Maybe if we have it in the future, we can do this ride in remembrance of Dean. We’ll see what the future brings.”

The WorldSBK Championship takes place from October 1st to 3rd, with the Portuguese round, at the Portimão Circuit.