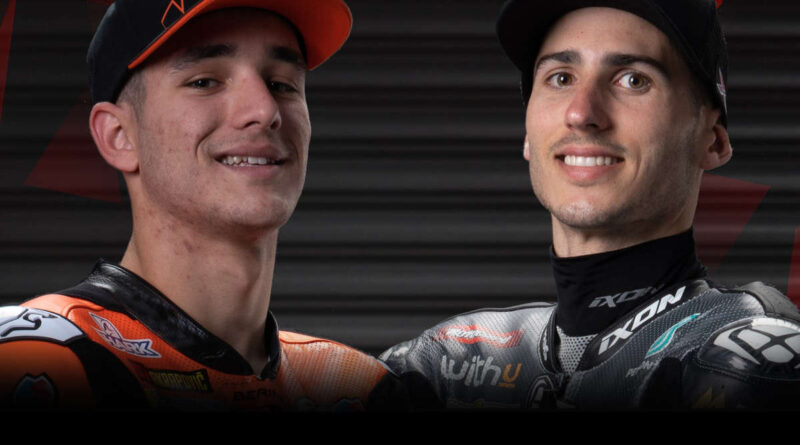 The Honda team (Team HRC) at the World Superbike Championship WorldSBK, announced that their new riders for the 2022 season are Iker Lecuona and Xavi Vierge.

Both riders are competing in MotoGP championships in 2021, with Lecuona in the premier class for the Tech3 KTM Factory Racing team, and Vierge in Moto2.

In 2021, the official factory Honda team at the World Superbike has experienced riders Alvaro Bautista and Leon Haslam, both of whom joined the team at the start of the project in 2020.

In 2022, Bautista is going back to the factory Ducati team, where he competed in the championship in 2019. Haslam, on the other hand, still doesn’t have a team for next year and may be saying goodbye to the category.

Lecuona is quite young, just 21 years old and heading to WorldSBK after two full seasons in MotoGP, where, so far, he achieved the best result with the sixth place that came at the 2021 Austrian Grand Prix.

The Valencia-born rider managed to fight for a top ten spot on many occasions in his second MotoGP campaign.

Vierge is also young (24 years old) and goes to WorldSBK after seven seasons in the middle class of MotoGP, winning four podiums and three poles. Born in Barcelona, his last podium came at the 2021 Catalunya Grand Prix with third place.

In a statement on social media, Lecuona commented on the exciting new challenge and thanked everyone for their support: “I’m going to race next year with HRC at WorldSBK. It’s going to be a big challenge and I’m sure I’ll enjoy it a lot, but first let’s enjoy at maximum the last two rounds of this season. A big hug to everyone and thank you for your support.”

Anyway, WorldSBK returns from November 19th to 21st, with the Indonesian round, on the new Mandalika International Street Circuit (which in 2022 will also host MotoGP).