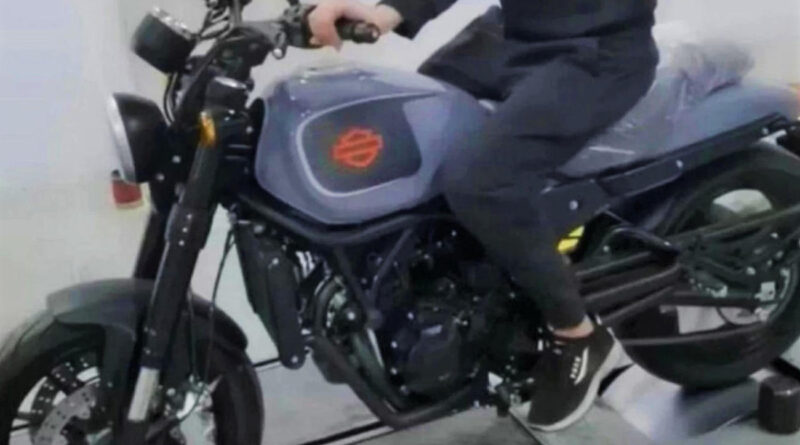 Harley-Davidson may be on the verge of releasing a liquid-cooled 500cc model. That’s what new images suggest of a bike being tested on the dyno, with the Harley logo on the sides of the tank and, supposedly, inside the QJ Motors factory.

For those who don’t know, QJ Motors (also known as Qianjiang) is the partner of the American brand in China, and also the owner of Benelli, which has in its lineup the Leoncino 500, a modern 500cc scrambler that seems to serve as a basis for this new bike.

In addition to this possible 500cc bike, another 350cc would be in the final stages of testing and would be called Harley-Davidson 338R. According to information, it has already had the patent design filled and would only be marketed in China, at least at first.

The chassis appears to be the same, with a steel tube trellis chassis, USD forks suspension at the front and monoshock at the rear, dual 320mm brake discs with 4-piston calipers at the front, round headlight and instrument panel and plate support fixed on the rear swingarm.

Anyway, there is still no official confirmation of its launch but, as the model that appears in the images is being tested on the dynamometer (it may be in the final phase), it may be out in 2022.

How is the Harley-Davidson 338R

The Harley-Davidson 338R will use the same base as the Qianjiang QJ350, which is produced by Harley’s partner company in China.

Despite the same base, the design is unique, with retro elements and a hint of ‘flat track’. It’s more of a ‘naked’ than a ‘custom’, with a trellis frame almost fully exposed.

The handlebars are low and wide, the headlight round, as is the instrument panel, which is positioned a little further to the left. The turn signals have a modern design.

The front suspension is inverted and the rear is monoshock, a classic setup of medium and high displacement ‘naked’ motorcycles. In addition, it has double disc brakes at the front, which can offer excellent stopping power.

Anyway, we still don’t have official confirmation of its launch, but according to initial information, the Harley-Davidson 338R will be a model to be sold only in China.