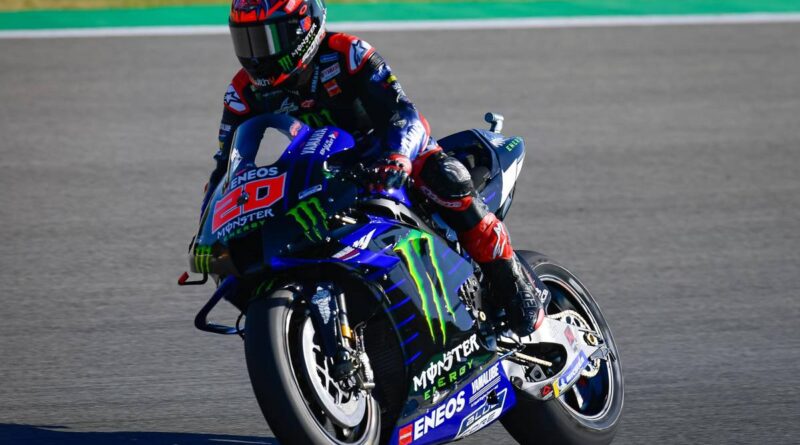 Fabio Quartararo, a Monster Energy Yamaha rider in MotoGP, will start at the front in the Spanish GP. The Frenchman took his fourth consecutive pole at Jerez, and became the first MotoGP rider to record four straight Jerez pole positions.

With a time of 1:36.775, Quartararo starts at the front for the second time of the year. Next to him will be his former teammate, Franco Morbidelli (Petronas Yamaha SRT), who had a spectacular time, and was just 0.057s from pole.

Who closes the first row, in third, is Jack Miller (Lenovo Ducati Team), with his companion, Francesco Bagnaia, beside him, in fourth.

Fifth comes the first Honda and, no, it’s not the official team, it’s LCR Honda Idemitsu, with Takaaki Nakagami.

Who surprised was Stefan Bradl (Honda HRC), who runs as a wild card and qualified ahead of the official Repsol Honda riders, and is 12th.

Pol Espargaro (Repsol Honda Team) appears in 13th and his teammate, Marc Marquez, in 14th. That was a career-worst MotoGP qualifying performance from the eight-time World Champion.

Still not getting the grip on the rear wheel, “The Doctor” Valentino Rossi (Petronas Yamaha SRT), leaves only in 17th.