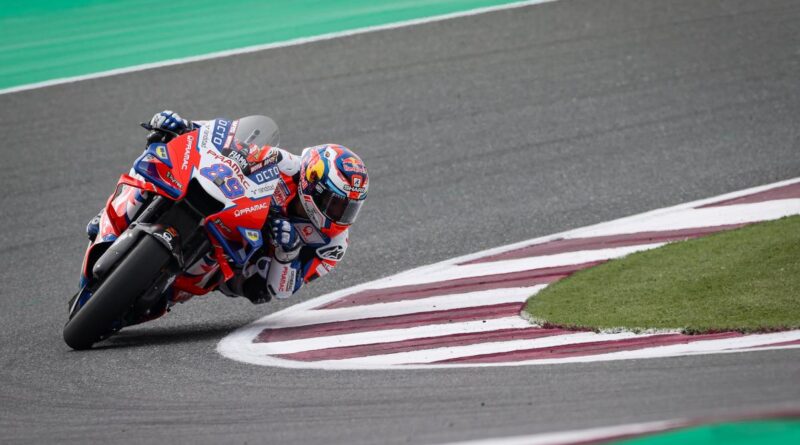 It was an exciting qualifying, with pole being set on the last lap. Marc Marquez was the fastest until the last lap, when Jorge Martin poured all the power of his Ducati and took the lead. Next came Bastianini, who appeared to be very fast, but made a small mistake at the last sector and crossed the line in second.

Disappointment for the factory Ducati team as Jack Miller (Ducati Lenovo Team) was only fourth and Francesco Bagnaia ninth.

Speaking of disappointment, another factory team that fell far short of its potential was Yamaha, as last season’s World Champion Fabio Quartararo will start from 11th position and his teammate Franco Morbidelli from 12th.

Suzuki also failed to demonstrate the good performance of free practice in qualifying, as Joan Mir managed only the eighth time and his teammate, Alex Rins, the tenth.

Honda, as mentioned, managed to put Marc Marquez in third (with the “help” of the vacuum from other riders) and Pol Espargaro in sixth.