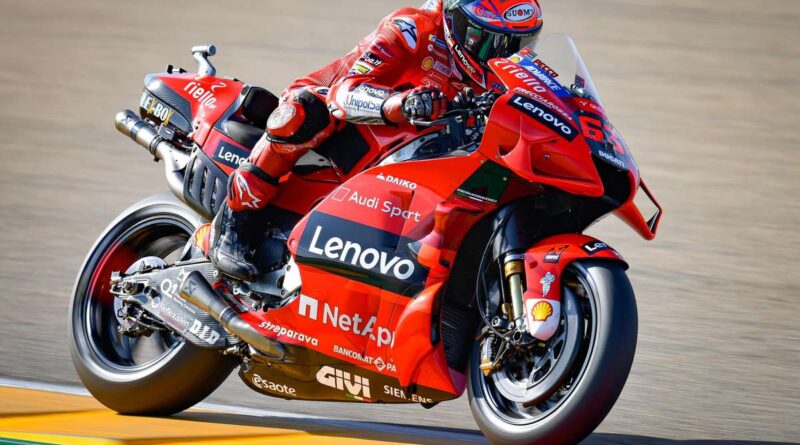 Ducati Lenovo Team rider Francesco Bagnaia will start at the front at the Aragon GP in MotoGP. He broke the lap record at the MotorLand track and gave Ducati its 50th premier-class pole.

Bagnaia was surprised with his time (1:46.322), as he was almost 4 tenths of a second faster than second-placed teammate Jack Miller. He said that he entered the last corner very fast, at his limit (where several riders were losing time) and was surprised that the bike allowed him to do it perfectly.

Fabio Quartararo (Monster Energy Yamaha MotoGP) for example, starts from third position and lost a lot of time in the last sector, in other words, the last corner. He said that he cannot improve there, that he does it at his limit. But he also said that he was happy to start in the front row.

Who opens the second row is none other than Marc Marquez (Repsol Honda Team), in fourth, who had several crashes in free practice. Good starting position but he expected more.