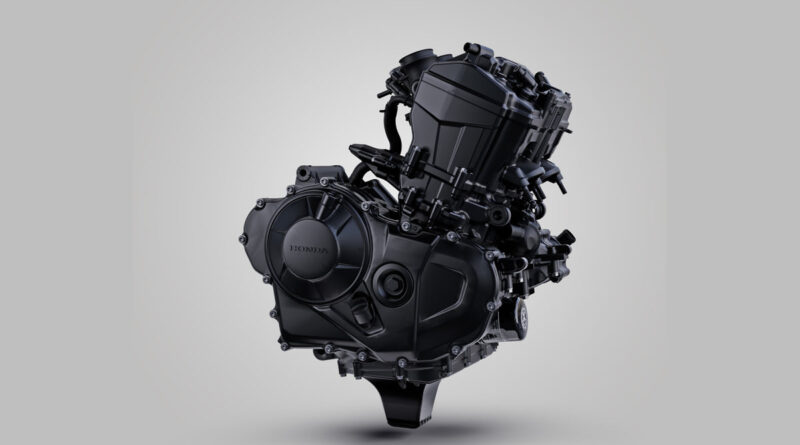 Honda has unveiled the engine of the new Hornet, its powerful naked streetfighter motorcycle that is in development and still in the concept phase. To the disappointment of some, it’s not a 4-cylinder, but at least it packs decent power.

So, the new Hornet 750 would be a middle ground between the MT-07 and MT-09, if we are going to use Yamaha as a basis for comparison.

The company says that along with the “high-rev” thrills, the engine also provides a full measure of mid-range torque to generate the kind of acceleration that makes every moment enjoyable. What’s more, a distinct pulsing sensation – and an “extremely fun” sound – is provided by a combination of the 270° irregular crankshaft firing sequence and carefully optimized exhaust system.

Before starting this project, we thought long and hard about what kind of performance we wanted to give to the rider. We knew that it was essential to keep the classic Hornet top end power ‘hit’ and at the same time, as a new generation Hornet for modern times, we wanted the engine to have a really strong torquey feel and ‘throbbing’ sensation at low to mid rpm. Our aim has always been to match these to the lightest, most agile handling possible, to make every ride – even in town – as engaging and fulfilling as possible.

To get the kind of performance and lightweight handling we wanted, we knew we had to develop an all-new short-stroke twin-cylinder engine, with a 270° crankshaft. This would not only deliver that top-end rush, but also the sporty low-down torque, ideal for riding in urban environments and powering out of corners on the open road.”