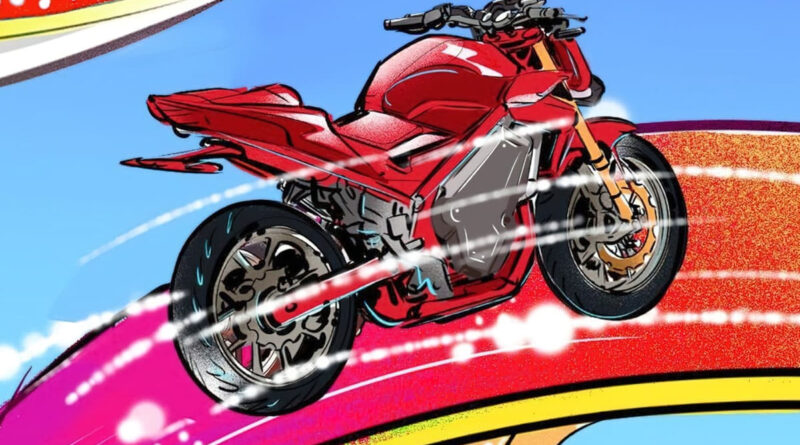 Honda has announced plans to launch 10 models of electric motorcycles and scooters worldwide by 2025 as part its effort to make all of its motorcycle products carbon neutral by 2040.

Its first electric scooter for Europe, the EM1 e:, has already been presented—a fully urban model with a top speed of 40 km/h (25 mph).

There is information that the company will unveil an electric motorcycle at the Rose Parade, which will be held on January 2023 in Pasadena, California.

The parade has been an annual tradition in Los Angeles since the 1890s. Honda began sponsoring it in 1961 and assumed primary sponsorship of the event after 2011.

In anticipation of the event, Honda released a photo that featured car and planes designs—as well as one for a motorcycle. It seemed to have no exhaust pipe and instead had an electric motor attached to what looked like some kind of battery pack.

The design of this so-called electric Hornet is based on the company’s recent release, CB750 Hornet—a twin-cylinder ‘naked’ bike recently launched in Europe.

The performance data and technical specifications of Honda’s electric motorcycle have not yet been revealed. However, we believe that the vehicle will be able to reach speeds greater than 120 km/h (75 mph).

Although the design is a rumor, it’s true that the Japanese motorcycle manufacturer is planning to release new electric models by 2025. So an electric Hornet released in 2023 would be feasible.

For now, we have to be patient and wait for the ‘Rose Parade’ to begin.