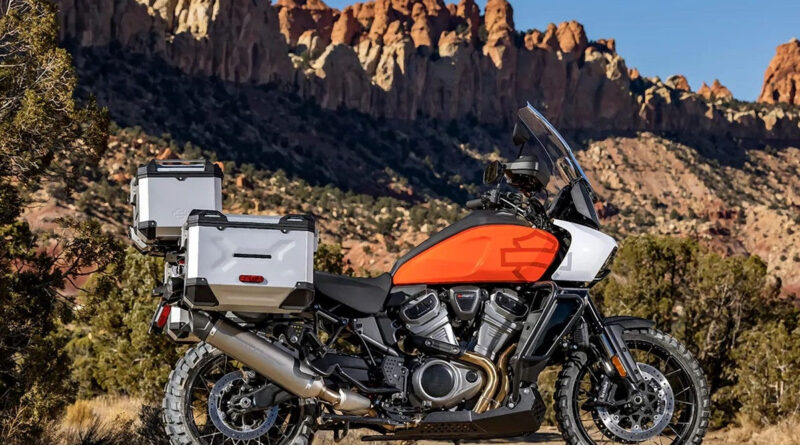 Harley-Davidson announced that its adventurer motorcycle Pan America will be launched on February 22nd. This new “Big Trail” arrives with a 1,250 cm³ engine called ‘Revolution Max’.

Pan America was presented at the Milan Motor Show (EICMA) 2019, along with a naked “streetfighter”, Bronx, which ended up being canceled.

The 2021 Harley-Davidson Pan America has a design, let’s say, different, at least on the front. According to the brand, there is “technology behind the design”.

In their word, “Pan America is a two-wheel multi-tool built to endure, designed to explore and engineered for adventure.”

It also has an inverted front suspension and Brembo brakes, with a double disc at the front, with 4-piston calipers.

Anyway, these are the information released so far. We will wait for the launch to have all the technical data.

It should be available in the United States in February, and in Europe in April or May.