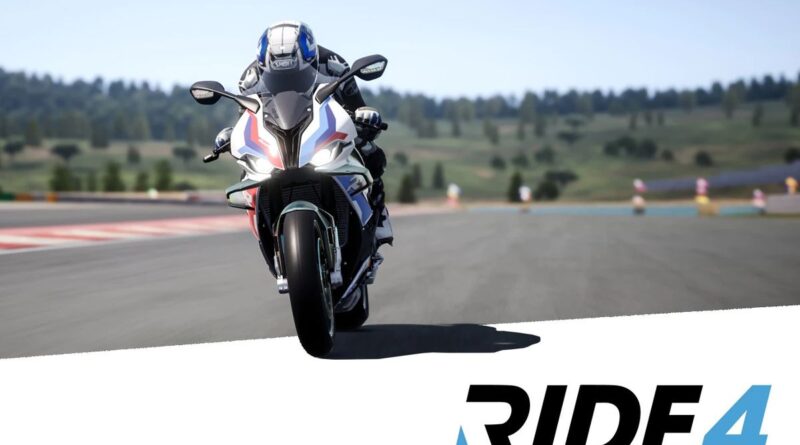 BMW Motorrad Esports and the RIDE 4 game are offering motorcycle and gaming fans all over the world the opportunity to test themselves on the virtual BMW M 1000 RR and win attractive prizes.

In a total of three ‘Weekly Challenges’, entrants battle it out to set the fastest time in individual time trials. After the opening week at the circuit in Donington at the end of April, round two started on 12th July. This time it is a night time attack at the virtual Suzuka Circuit.

The BMW M 1000 RR, the digital version of which is the bike used in the BMW Motorrad Esports Challenge, is the top-of-the-range model from BMW Motorrad Motorsport and is used in the FIM Superbike World Championship WorldSBK.

The competition takes place on the RIDE 4 racing game. This is available on various games consoles (Playstation 4/5, Xbox One/Series X/S) and on Steam for PC. During the one-week challenge, each player has an unlimited number of chances to fine-tune his racing line and set his personal best time.

As well as enjoying competing, entrants can also check out the official ranking in the BMW Motorrad Esports Challenge, view the opposition’s times and win attractive prizes by registering free of charge at https://b.mw/Motorrad_Esports_EN.

BMW Motorrad Esports presents prizes to the ten fastest riders in each of the three ‘Weekly Challenges’ with the BMW M 1000 RR. The winners can each look forward to a motorcycle helmet.

The first BMW ‘Weekly Challenge’ took place between 26th April and 2nd May. A player from China set the fastest time of 1:24.605 minutes at the circuit in Donington.

Round two took place on 12th July. The venue this time was the iconic circuit in Suzuka (JPN), at which entrants rode at night. The third ‘Weekly Challenge’ is scheduled for 27thSeptember to 3rd October.

BMW has been collaborating with five of the world’s best teams as a partner in the classic League of Legends game since 2020. Cloud 9, FNATIC, FunPlus Phoenix, G2 Esports and T1 fly the BMW colours in the biggest events in the industry.

The highlight of the first collaborative season in 2020 was the Worlds, in which G2 esports and FNATIC made it to the knock-out stage of the finals in the battle of the world’s best teams. G2 Esports even made it to the semi-final. The Dota 2 specialists OG Esport are a new addition to the ‘United in Rivalry’ squad as of 2021.