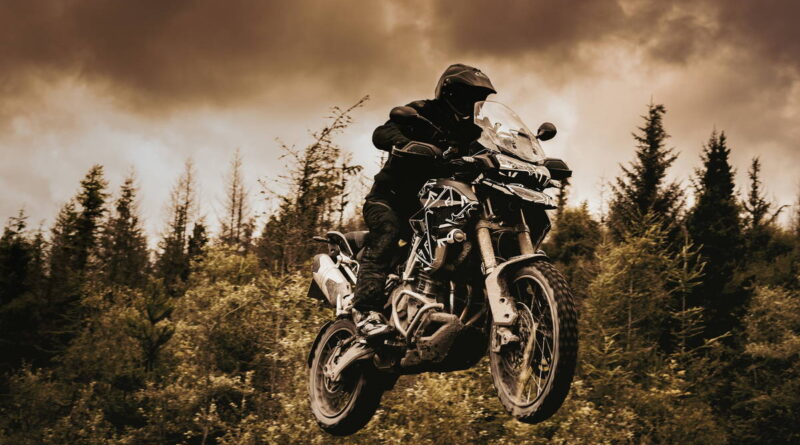 Triumph has released a new teaser video of the new 2022 Tiger 1200, and says that its top-of-the-line ‘big trail’ model will come with new T-Plane engine.

According to the brand, new official tests of the new Tiger 1200 prototype demonstrate the advantage of Triumph’s T-Plane triple engine for the first time in the high displacement adventure world.

It offers more power and personality than its closest competitor, say the BMW R 1250 GS. According to them, Tiger’s new 1200cc engine brings all the torque delivery of a twin, combined with the “incredible punch and soundtrack that only a three-cylinder Triumph provides.”

In addition, this T-Plane engine provides a very smooth and refined operation, with incredible response and control. It has been modified and appears more compact, featuring two smaller radiators (one on each side of the fairing).

The new Tiger 1200 was spotted in tests in Europe in 2020, and appears with a new design, mainly on the front, with sharper headlights, and a slimmer body.

This design has already been presented on the new Tiger 900, and we can see that the front has been well reworked, with new sharper LED headlights, a new side support that connects the tank to the headlights, and with the LED turn signals in a new position, at the height of the headlights.

The company says the new Tiger 1200 is being designed to provide a definitive new benchmark among large-displacement Adventure motorcycles, and that it is significantly lighter than its closest competitor.

In addition, the chassis and suspension appear to have been reworked, incorporating a new rear swingarm, as well as larger wheels, 21″ at the front and 18″ at the rear.

The suspension appears to be higher and Showa branded (instead of the current WP), reaching up to 250mm of travel, equal to the new Tiger 900.

Anyway, that’s all we have so far. For now, there is no more information about the model, release date or other images of the motorcycle.