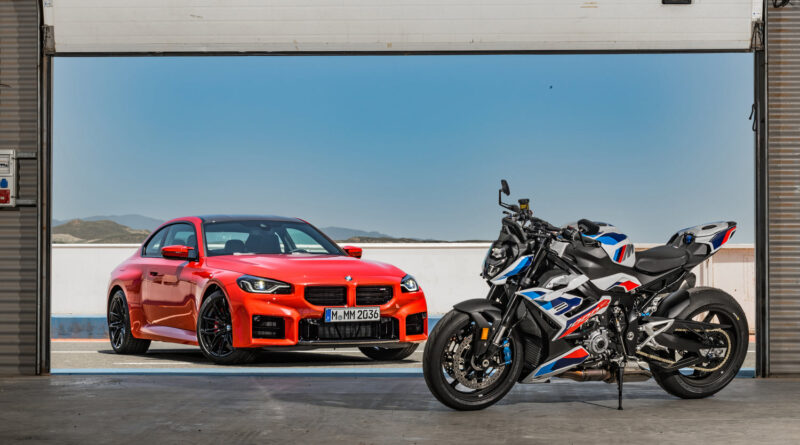 The 2023 M 1000 R is the second motorcycle in the company’s ‘M’ line, the sports division with high performance models, and which already has the Supersport 2023 M 1000 RR, a model that is used in the WorldSBK Championship.

Like its sporty sibling, this roadster also gets aero wings at the front that increase downforce for a more confident handling and less tendency to wheelie. This item is usually used in high performance models, such as the Ducati Streetfighter V4 S. In fact, this will be the natural competitor of the M 1000 R, as they have similar power and weight.

According to the company, the new 2023 M 1000 R received wings in the area of the front side panels with the aim of achieving even faster lap times on the track and the best possible riding stability at high speeds. Furthermore, to lessen the slightly increased air drag caused by the small additional frontal area and shape of the wings, a wind deflector has been added to the front of the instrument panel in combination with the M Competition Package.

Finally, as braking is as important as accelerating, the M 1000 R has the M brake kit, which features blue anodized calipers, two 320 mm brake discs, a new radial handbrake pump and lightweight forged aluminum wheels. In addition, the M Carbon wheels, which are extremely light and resistant, are offered in the M Competition package as an option.

The 2023 BMW M 1000 R has an engine and gearbox based on the Supersport S 1000 RR, which have been modified to deliver more acceleration and traction.

The chassis is based on the Naked S 1000 R, and features an aluminum bridge frame as its centerpiece, complemented by a fully adjustable USD inverted fork at the front and an adjustable steering damper.

The 2023 BMW M 1000 R is not just a Hyper Naked for urban and road use. It’s also a track machine with just about everything else in the segment. As such, it features “Rain”, “Road”, “Dynamic”, “Race” and “Race Pro1-3” riding modes, as well as the latest generation of Dynamic Traction Control DTC and DTC wheelie function with 6-axis sensor.