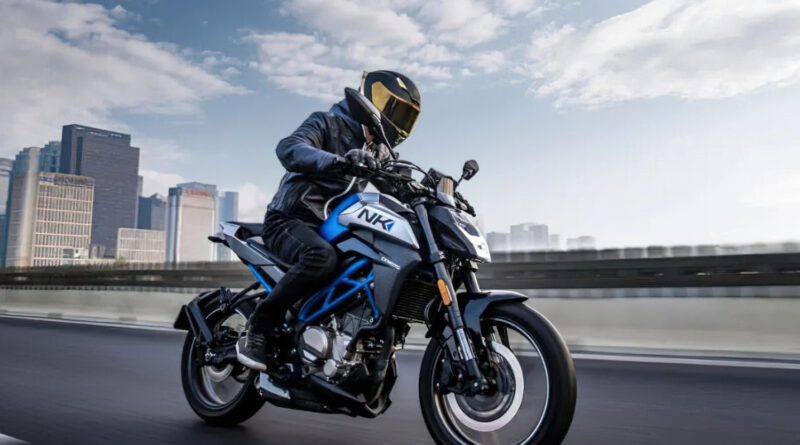 CFMOTO launched in China the 2022 model of the 250NK, its 250cc ‘naked’ motorcycle, which arrives more powerful, technological and with updated design. It is available in both ABS and CBS versions, bringing some differences between them, which we will see below.

First, CFMOTO is a Chinese manufacturer of motorcycles, quadricycles (ATV’s) and utility vehicles, as well as engines, parts and accessories. For motorcycles, it has partnered with KTM and uses the same studio design as the Austrian brand.

It says that it invests heavily in research and development and quality assurance, and is beginning to gain market share worldwide, bringing technology at an affordable price.

With that, their bikes are very similar to those of the KTM and, even the engine, brings the same characteristics of the 250 and 390 Duke. In addition to the 250NK, it has other bikes, ranging from 150cc to 650cc, both in the “naked” and adventurous segments. In India, they launched the 300NK, the 300cc version.

The CFMOTO 250NK is a motorcycle with a steel trellis frame and a bold and aggressive design. For 2022, it gained visual updates, with smaller side fairings and a larger exposure of the beautiful trellis frame.

It continues with an aggressive ‘streetfighter’ style design and full LED lighting, plus a short rear, USD front suspension, aluminum rear swingarm and plate mount attached to the rear axle.

Finally, the gearbox is 6-speed equipped with slipper clutch (ABS version), the fuel tank capacity is 12.5 liters and the weight in running order (kerb) is 158 kg.