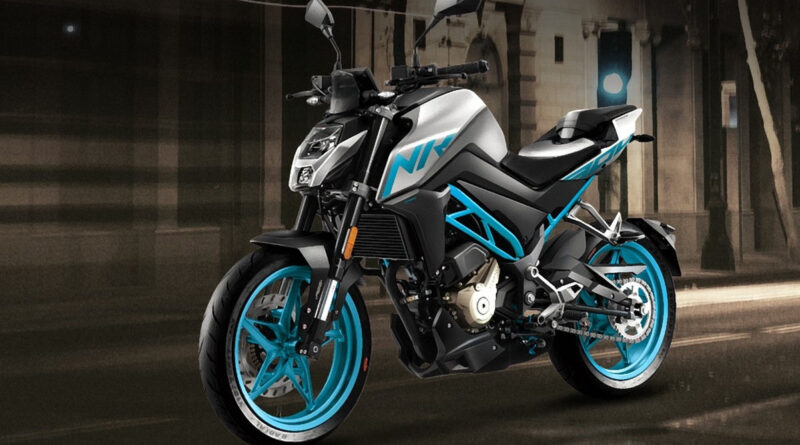 CFMOTO has launched in India the BS6 version of the 300NK, its 300cc naked motorcycle. Only the engine received update, to comply with the anti pollutant BS6 standards.

Source confirm that the price is INR 2.29 lakh (ex-showroom), the same for the BS4 version.

For whom that doesn’t know, CFMOTO is a motorcycles, ATVs and utility vehicles Chinese manufacturer. For motorcycles, it has partnered with KTM and uses the same design studio as the Austrian brand.

As a result, their bikes are very similar to those of the KTM and, even the engine, brings the same characteristics as the Duke 250 and 390. In addition to the 300NK, it has other bikes, ranging from 150cc to 650cc, both in the “naked” segment and adventurous.

The CFMOTO 300NK is a motorcycle with a steel trellis frame and a bold and aggressive design.

According to the brand, it inherits the NK family genes, it’s sporty, maneuverable and easy to handle.

Anyway, for more info about CFMOTO and the 300NK, access the official site in India: cfmotoindia.com.