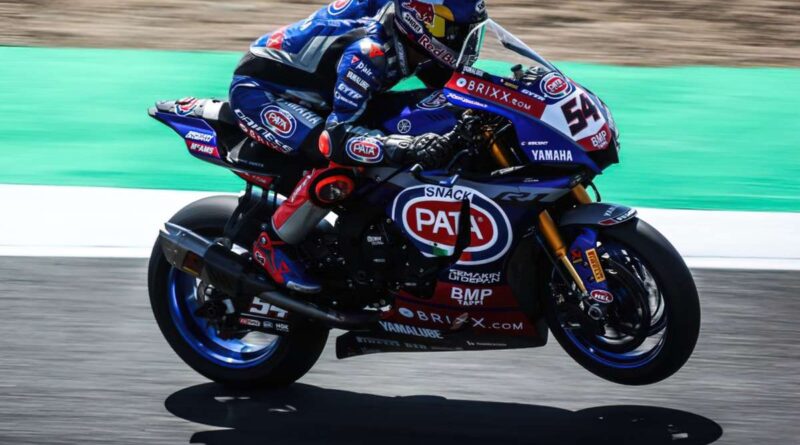 Toprak Razgatlioglu, a Yamaha rider, won race 2 this Sunday in Navarra, for the WorldSBK World Superbike Championship, and took the lead in the championship, along with Jonathan Rea (Kawasaki).

Despite the excellent result in race 2, Toprak only managed P3 in race 1 and the Superpole. Rea got P2 in both races and P3 in race 2.

But the highlight of the weekend in Navarra was undoubtedly Scott Redding (Ducati), with two victories (Race 1 and Superpole) and P2 in this Sunday’s race.

All weekend the Brit showed a very strong pace, but in Race 2 he failed to reach Toprak and attempt his first triple win in a round.

In race 2, Redding started on pole, with Rea second and Toprak third. Rea had a bad start and dropped to sixth, but immediately started to pick up positions. After a few laps, the situation stabilized with Toprak in first, Rea in second and Redding in third.

The Kawasaki rider tried everything but couldn’t overtake the Turkish. Redding, however, couldn’t get close to Rea. But, with eight laps to go, the six-time champion began to have some problems, especially with heavy braking. With this, the Ducati rider was able to approach and eventually overtake.

With that, Redding leaves Navarra closer to Rea in the championship, who now shares the lead with Toprak. In short, the weekend was not so good for Rea, but it was excellent for his opponents and title contenders.

So, with this weekend’s results, Toprak and Rea are leading the championship, with 311 points each, with Redding in third, just 38 points behind.

Finally, the WorldSBK returns from the 3rd to the 5th of September, with the French round, at the Circuit de Nevers Magny-Cours.