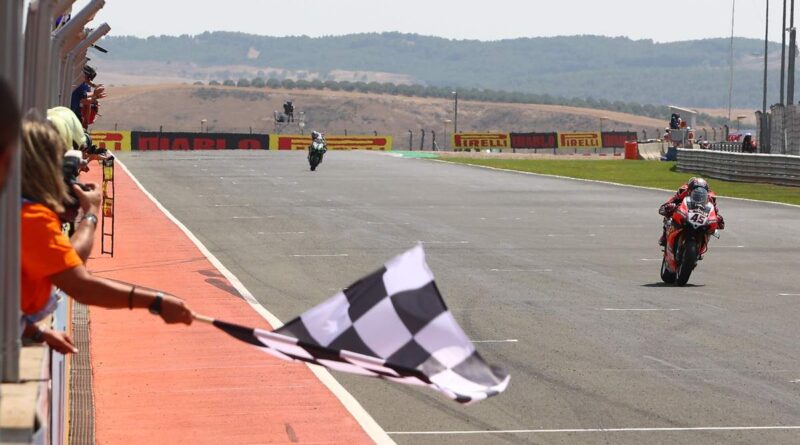 Despite starting well from second position, Redding was passed by Rea on the first lap, but managed to stay close to the Kawasaki rider and, a few laps later, managed to overtake at the end of the main straight.

After that, Scott found no more difficulties and just waited for the final flag, practically a monotonous race.

Rea, after being second, managed to keep the difference of more than 2 seconds to third, Toprak, with the Turkish doing a reasonable run, as he left eighth to finish third.

Despite this, the Yamaha rider did not show the good performance he has been showing in recent races. He, in no time, managed to get close to Rea.

Andrea Locatelli (Yamaha) had another good position, as he finished fourth. Remembering that this is his debut season in the top category of the superbike world championship.

So, with this weekend’s results, Rea managed to increase his lead to second place, which now drops to just 7 points. But with the victory, Redding came closer, and is only 45 points behind in third.

Finally, race 2 and the superpole race of the World Superbike Championship, takes place this Sunday, August 22, in Navarra, Spain, at the Circuito de Navarra.