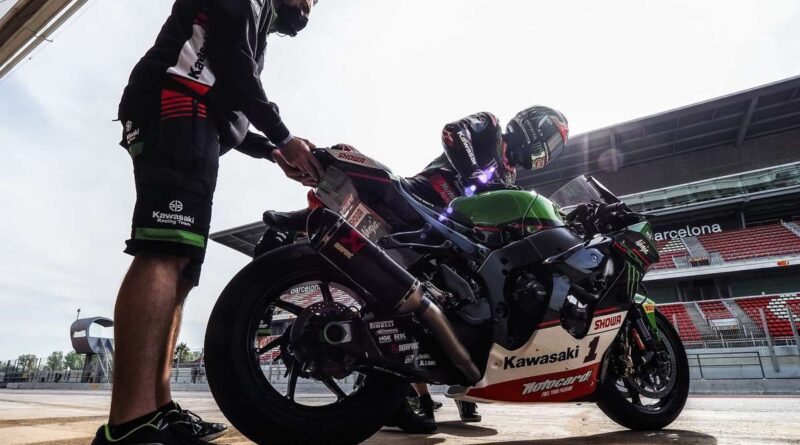 With six rounds of the MOTUL FIM Superbike World Championship WorldSBK under everyone’s belts, three factory teams are taking advantage of a small window between the Tissot Czech Round and the Pirelli Navarra Round to complete two days of testing at the Circuit de Barcelona-Catalunya.

The test takes place on Thursday, 12th August and Friday, 13th August with five riders taking to the circuit.

The 4.675km circuit has already hosted some testing in 2021 including the Supported Test at the end of March and beginning of April ahead of the new campaign getting underway.

Now, three teams will be back on track with Kawasaki Racing Team WorldSBK, Team HRC and the BMW Motorrad WorldSBK Team all looking to refine their machines in Barcelona.

Six-time World Champion Jonathan Rea (Kawasaki Racing Team WorldSBK) will be back on track after seeing his Championship lead slashed from 37 points down to three over the course of the Czech Round, continuing a season that’s been full of twists and turns so far.

He will be joined by teammate Alex Lowes with Lowes looking to return to the strong form he showed at the start of the 2021 campaign.

It has been a challenging 2021 campaign for Team HRC so far in 2021 and they will be hoping the two-day test at the Catalan venue will help kickstart a turnaround in their season.

With a best result of fourth so far in 2021, Honda lies fifth out of five in the Manufacturers’ Championship and will be looking for progress throughout this test with riders Alvaro Bautista and Leon Haslam.

After introducing a new bike for the 2021 season, BMW’s progress has been visible with three podiums in 2021, all coming at Donington Park. The team sit fourth in the Manufacturers’ Championship, ahead of Honda but behind the lead trio of Yamaha, Kawasaki and Ducati.

A recent test at Navarra helped BMW find some extra performance and the team will be hoping for a similar result from this two-day test with British rider Tom Sykes the sole BMW rider to take to the track at Montmelo.