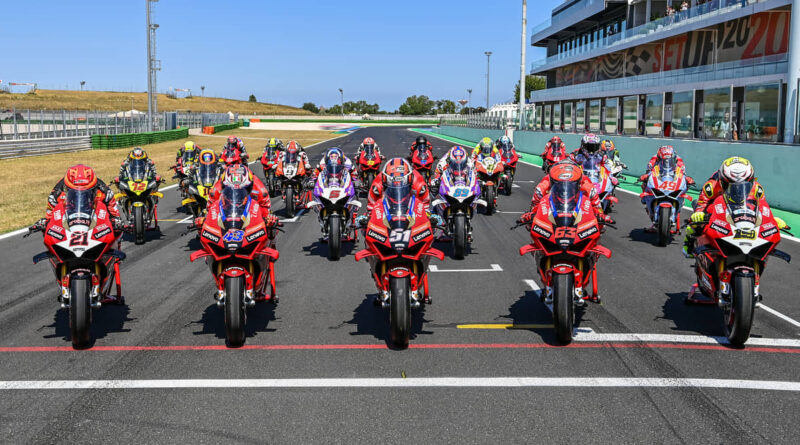 Ducati reported that World Ducati Week 2022 was one of the best in history, with more than 80,000 participants in the three-day event and a record-breaking motorcycle parade on the Misano circuit.

After four years of absence, the eleventh edition of World Ducati Week brought together Ducatisti and fans from the world of two wheels for three days of passion, fun and unforgettable experiences at the Misano World Circuit “Marco Simoncelli”.

According to them, participants from 84 countries were present, making it clear that the passion for the brand and the desire to be present at the great event exists worldwide.

In addition, the event featured the biggest parade ever in which a ‘huge number of motorbikes’ that first filled the circuit and then paraded along the coast before reaching Riccione, where the Scrambler Beach Party was held.

But, the highlight of the event was the Lenovo Race of Champions, with the participation of great figures in world motorcycling, such as Francesco Bagnaia, Jack Miller, Luca Marini, Marco Bezzecchi, Enea Bastianini, Johann Zarco, Jorge Martin and Fabio Di Giannantonio (from MotoGP), Alvaro Bautista and Michael Ruben Rinaldi (from WorldSBK), among others.

The champion of this race was Francesco Bagnaia with the Panigale V4 S motorcycle, who even scored pole position, just 2.5 seconds ahead of the best time in WorldSBK. The race was broadcast live internationally from 9 television and streaming services.

Finally, the World Ducati Week 2022 had a lot of music with 22 hours of music between DJ sets and live shows featuring Benny Benassi and DJ set by Meduza, as well as a typical barbecue (Rustida), with a special recipe created by Chef Riccardo Monco of the three Michelin star restaurant Enoteca Pinchiorri.