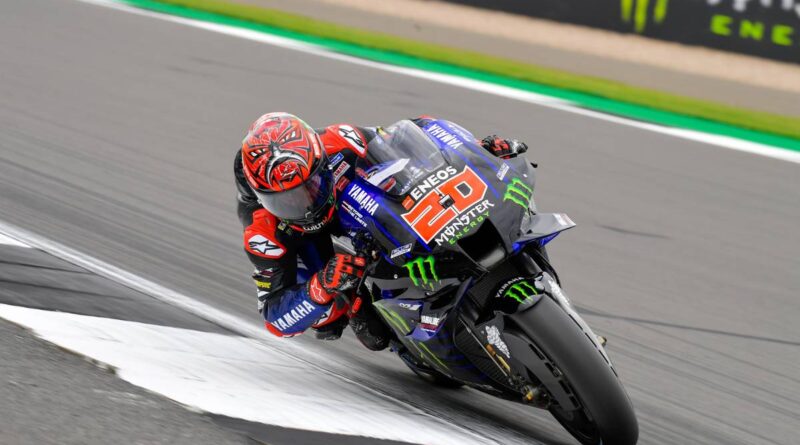 Fabio Quartararo, a Monster Energy Yamaha MotoGP rider in MotoGP, won with some ease the British GP this Sunday. The Frenchman took the lead in the race after a few laps and just waited for the checkered flag, opening up even more advantage in the championship.

But the race was interesting in the fight for other positions. Pol Espargaro (Repsol Honda Team) started from pole position and led several laps, but began to lose performance and was passed by Quartararo, Alex Rins (Team Suzuki Ecstar), Aleix Espargaro (Aprilia Racing Team Gresini) and Jack Miller (Ducati Lenovo Team). He finished in fifth place.

The highlight of the top five was Aleix who finished third, taking the first podium in Aprilia history. He and the team celebrated a lot, making clear the evolution of the bike. He came to occupy second position for several laps, but was passed by Rins, who finished second.

The Aprilia rider had to fight a lot for the podium on the final lap, as he was under pressure and soon overtaken by Miller. He managed to pass back and make a more defensive line to the finish line.

Drama took place a little further back when Marc Marquez (Repsol Honda Team) and Jorge Martin (Pramac Racing Ducati) touched and, after a few corners, another stronger contact brought them to the ground. Both left.

Several drivers disappointed in this race, including some who are fighting for the title, such as Joan Mir (Team Suzuki Ecstar), Francesco Bagnaia (Ducati Lenovo Team) and Johann Zarco (Pramac Racing Ducati). Mir finished only ninth, Zarco 11th and Bagnaia 14th.

Valentino Rossi (Petronas Yamaha SRT) was also another disappointment, as he started from 8th position and finished only 18th, even behind Cal Crutchlow (Monster Energy Yamaha MotoGP), who took Viñales’ place in the official team.

In short, Quartararo leaves Great Britain in the lead of the championship, with 206 points, 65 points more than the second placed, Joan Mir, who has 141 points.

MotoGP returns on September 12th, with the GP of Aragon, Spain.