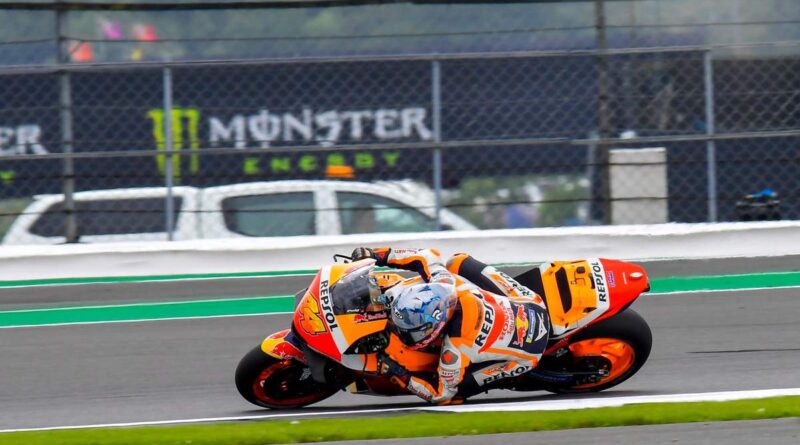 Repsol Honda Team rider Pol Espargaro will start at the front at the British GP in MotoGP. He got his first pole with the Japanese brand after Jorge Martin (Pramac Racing Ducati) had his lap canceled for cutting the chicane.

At the end of Q2, there was a doubt in the air, as Martin had set the fastest time. But neither he nor his team celebrated, probably already aware of the irregularity.

After a few minutes, the race direction canceled Martin’s time and with that, Espargaro was finally able to celebrate his third pole in the top category and his first with Honda.

Jorge Martin, after having his best time cancelled, starts from fourth position, with Marc Marquez (Repsol Honda Team) at his side in fifth and Aleix Espargaro (Aprilia Racing Team Gresini) in sixth.