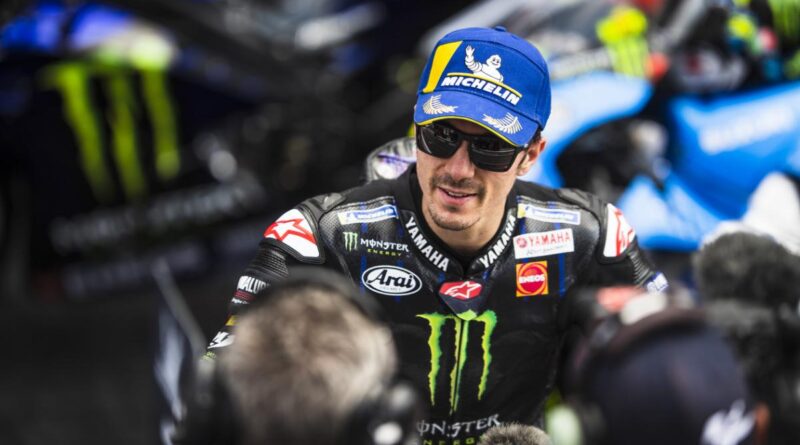 Yamaha Motor Racing announced that Maverick Viñales, the team’s MotoGP rider, will leave the company at the end of 2021. With this, the possibility opens up for the Spaniard to sign with Aprilia, for the 2022 season.

According to the company, they accepted the request made by Viñales to terminate the contract one year before the end (the current contract is for the 2021-2022 season).

The possibility of Maverick racing for Aprilia next year is very high. The Noale factory has already publicly shown interest in the rider. Aprilia CEO Massimo Rivola even said that, “if Viñales is available (in the market), we (they) are interested.”

Currently in their fifth season together, Viñales has achieved eight victories with Yamaha since signing in 2017. The former Moto3 World Champion has never failed to finish outside the top six in the World Championship with Yamaha as well, finishing third in 2017 and 2019.

However, after finishing last at the German Grand Prix a week ago, the relationship has clearly gone sour. Not even second place in the Dutch GP on Sunday could save the ‘marriage’.

Maverick Viñales: “This partnership has been very significant to me over the last five years, and it proved a difficult decision to part ways. In these seasons together, we experienced both great achievements and tough times. However, the underlying feeling is of mutual respect and appreciation. I am fully committed and will strive to achieve the best results for the rest of the season.”

Lin Jarvis, Managing Director of Yamaha Motor Racing: “It is with sadness that we will say farewell to Maverick at the end of the year. We are in the middle of our fifth season together and over the years we have achieved many highs but also had to manage many lows. After the German GP, which was the most difficult weekend of our partnership, we had important discussions in Assen and came to the conclusion that it would be in the interest of both parties to go our separate ways in the future. Yamaha will put in their maximum effort – as we always have done – to give full support to Maverick and finish this season in the very best way possible.”

The question that remains is: who will take over from Viñales on the Yamaha official team in 2022? Morbidelli? Any Moto2 riders?

Anyway, the next few months promise to be busy in the ‘circus’ of MotoGP.

MotoGP will only returns on August 8th, with the Styrian GP, at the Red Bull Ring Circuit, in Spielberg.