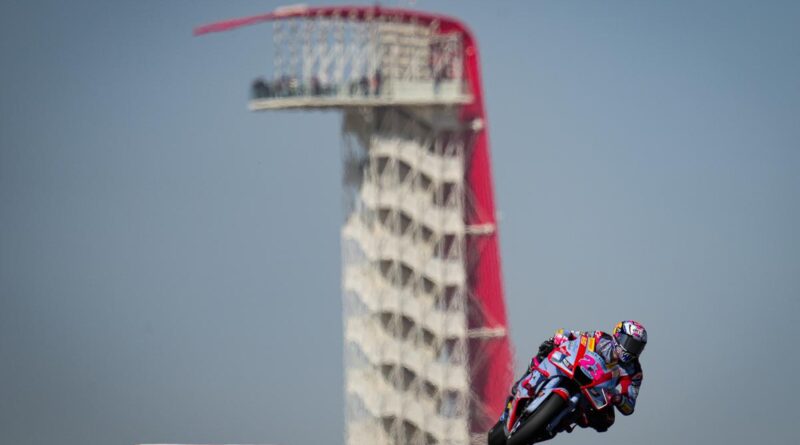 Enea Bastianini, Gresini Racing’s MotoGP rider, won the GP of The Americas, this Sunday, and made history: he managed to win the GP500 and, on top of that, took back the Championship lead.

The race was led almost completely by Jack Miller (Ducati), but Bastianini followed close behind, not letting him open the gap. From the halfway point to the end, the Italian started to feel pressure from Alex Rins (Suzuki), who was keen to overtake him. In this situation, he picked up the pace and decided to go up, and take the lead. He passed Miller at the end of the main straight on engine power, despite also relying on a Ducati bike.

In the end, Miller couldn’t perform as well anymore and ended up losing second position to Rins. He finished third and was reasonably happy with the result.

Another highlight of the race was Marc Marquez (Honda) who, after having problems at the start and falling to last position, made several passes and finished sixth. In the end, he had to fight a lot with Fabio Quartararo (Yamaha) to keep that position.

The fourth and fifth positions were closed with Joan Mir (Suzuki) and Francesco Bagnaia (Ducati). Jorge Martin (Pramac) was eighth, Johann Zarco (Pramac) ninth and Maverick Viñales (Aprilia) tenth, ahead of teammate Aleix Espargaro, the winner of the last race.

Anyway, the race was frenetic from start to finish and Marquez gave his show aside. Bastianini is the Championship leader with 61 points, and Alex Rins is second with 56 points. Next stop: GP of Portugal, in Portimao.

See the Championship standings after the Americas race:

MotoGP returns on April 24, with the GP of Portugal, at the Autódromo Internacional do Algarve, in Portimao.