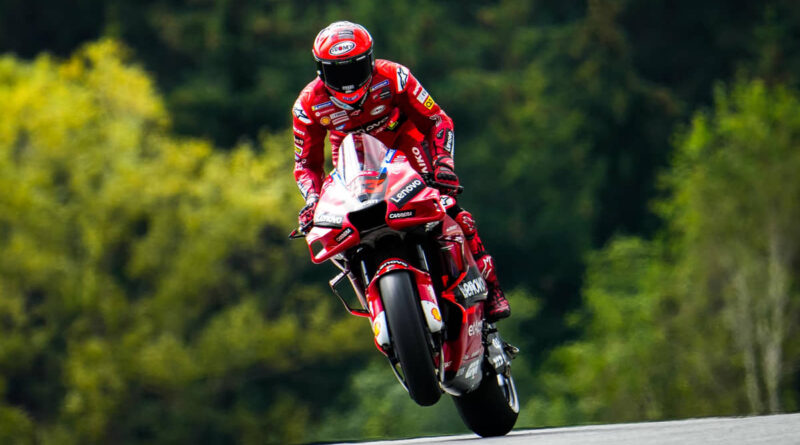 Francesco Bagnaia, rider of the Ducati Lenovo Team in MotoGP, won the Austrian GP, this Sunday, but who shone was the championship leader, Fabio Quartararo (Monster Energy Yamaha), who made an excellent recovery race and finished 2nd.

With this result, the Italian still dreams of the title, as he occupies the third position and now has a disadvantage of only 44 points to the leader, with 175 points still in dispute.

Bagnaia had a solid run and led from start to finish. He took first position in the first corner of the first lap, overtaking pole position Enea Bastianini (Gresini Racing MotoGP), who had to retire due to a technical problem. In the first few laps he felt some pressure from teammate Jack Miller but managed to hold on and lead the entire race to victory.

Jack was gradually losing performance and, from the middle to the end, he was under attack by Quartararo. The Frenchman managed to overtake at the new chicane that was introduced at the Red Bull Ring circuit.

Quartararo did not start so well and, in the opening laps, he reached the sixth position. Gradually, and with a few crashes ahead of him, he managed to catch up with the fastest riders. First he passed Jorge Martin (Prima Pramac Racing), who crashed out on the last lap and finished tenth. Then he got the pass over Miller. In the final laps, he still managed to get close to Bagnaia, but it was too late to try to win.

Fourth place was Luca Marini (Mooney VR46 Racing Team), who had a solid and consistent race. In fifth place another Ducati, this time Johann Zarco (Prima Pramac Racing), who made a discreet race.

Anyway, the race was very calm, there wasn’t much action, but at least we could see a masterful race from Quartararo, who gave everything he could, with the equipment he has, to finish on the podium. Bagnaia, on the other hand, was victorious and is still breathing in the championship, and expects a great result in the next GP, at his ‘home’.

Now the MotoGP circus takes a week off and returns in early September. Next stop: San Marino and Riviera di Rimini.

See the Championship standings after the race in Spielberg: