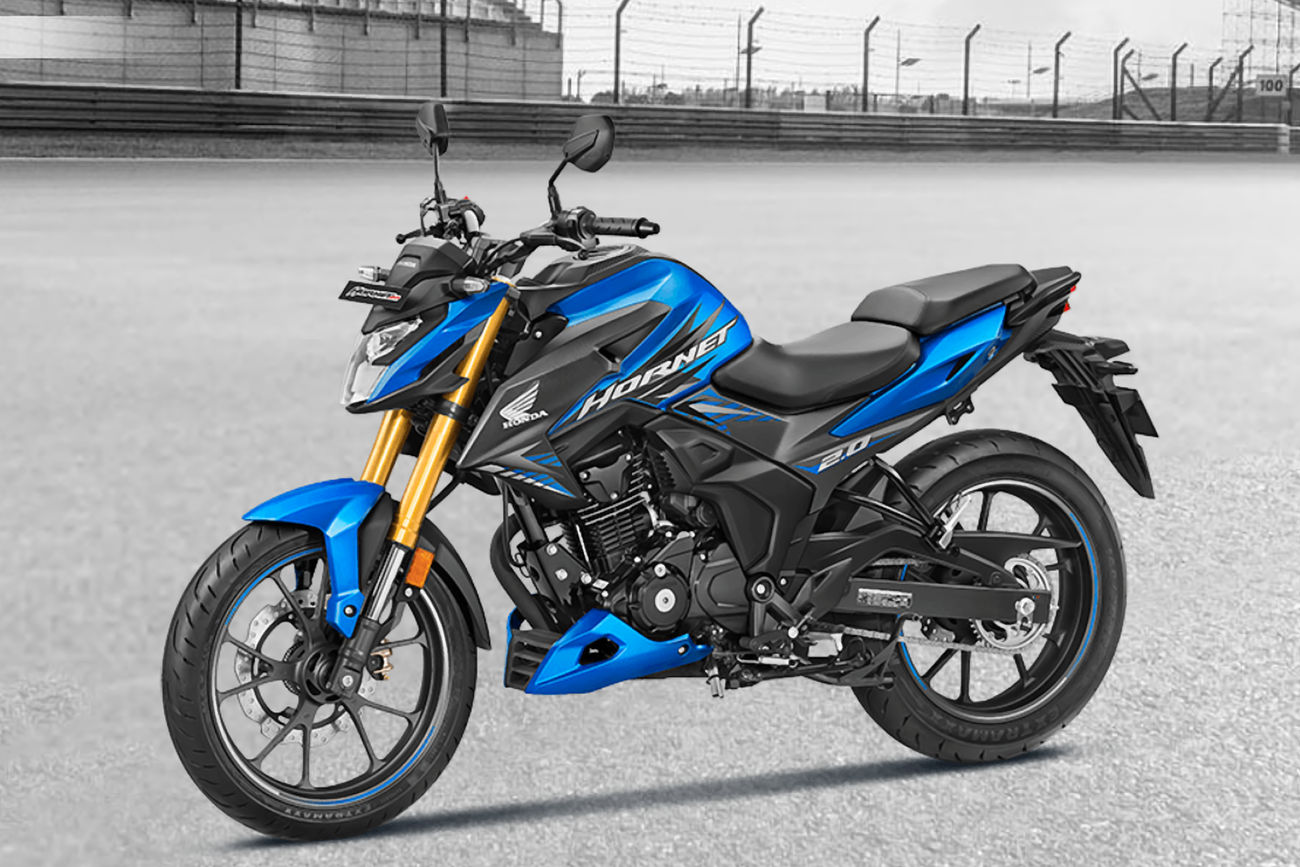 Honda launched the Hornet 2.0 in India, a ‘street’ bike but with ‘naked’ features, which comes with a new 184cc engine, inverted front suspension and Full-LED lighting. This new model arrives to replace the CB160F Hornet.

Honda Hornet 2.0 brings a very aggressive design, with muscular lines and well-defined angles, considered by the brand as a ‘street-fighter’. The fuel tank is tall and sporty, with huge side fairings, which make it look like a bigger motorcycle.

The “charm” of the Hornet 2.0 is the inverted front suspension in golden color which, in addition to improving handling, conveys the feeling of a ‘premium’ product.

Despite having a more sporty and aggressive design, Honda says that the riding position is “stress free”, that is, it is comfortable and ideal for both the street and the road.

In addition, the new bike also has a sporty seat with two levels, low and wide handlebars for a more sporty grip, rear suspension monoshock, brake disc on both wheels, ABS brake at the front, fully digital panel with 5 adjustment levels brightness and Full-LED lighting (headlights, flashlights and turn signals).

The gearbox is 5-speed and the fuel tank capacity is 12 liters. In addition, the ignition key is located in the tank, a feature usually found on larger bikes.

Finally, in India, the new Hornet 2.0 arrives to compete with TVS Apache RTR 200, Bajaj Pulsar NS200 and Yamaha MT-15, among others. There is no information on whether this model will be sold in other markets.