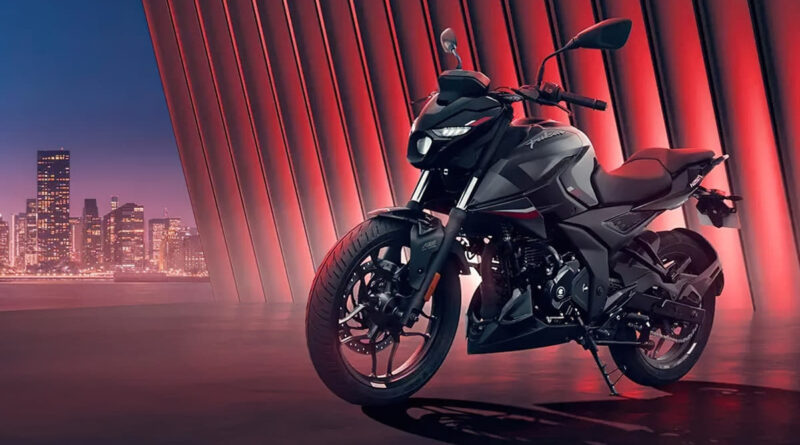 Bajaj launched in India the 2023 model of the Pulsar N250, its 250cc ‘naked’ motorcycle, which arrives with ‘dark’ paint and dual-channel ABS, to fight in the medium-displacement segment.

The 2023 Bajaj Pulsar N250 is a 250cc ‘naked streetfighter’ with an aggressive, sporty look, perfect for urban use and weekend getaways.

It has an aggressive design with a muscular body and graphics that evoke sportiness. In addition, it has a front optical assembly similar to the Yamaha MT-03, with two LED lines for the daytime running light (DRL) and the LED projector for the high and low beam.

In this ‘dark’ version, it has been painted all over in a glossy and matte black, with silver and red accents. In addition, the logo, wheels, exhaust and engine housing were also painted black, making the model very dark and ‘mean’.

Finally, another novelty in the 2023 model is the presence of two-channel ABS. In this safety feature, both wheels are being controlled to avoid locking up on slippery floors.

In addition, it has an ‘infinity’ panel with analog tachometer in the center and digital LCD screen on the right, monoshock suspension with Nitrox in the rear, 300 mm brake disc at the front, ABS and USB port near the tank flap to charge the cell phone.