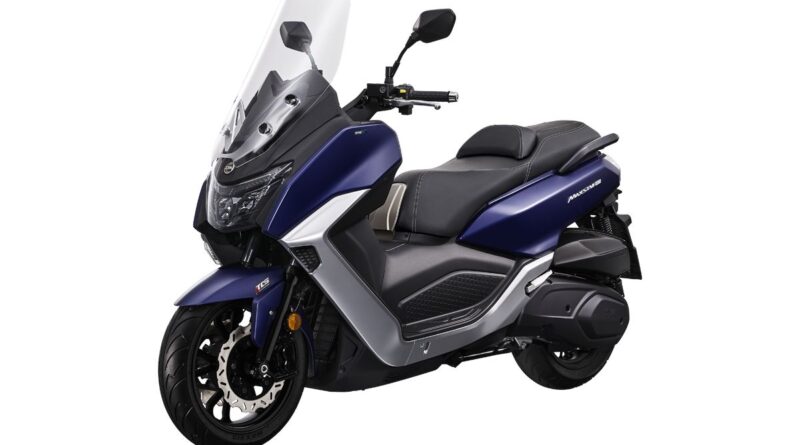 The new 2021 Maxsym 400 has a chassis 18.5% lighter than the previous generation and, with that, it was possible to make an update from the inside out.

The engine, for example, has improvements that reduce wear on parts, reduce heat generation and unnecessary friction energy consumption. Fuel consumption is also reduced with this change. Thus, the model is compatible with the Euro5 anti-pollution standard.

Still in the mechanical aspect, the model gained Traction Control, which prevents the tire from sliding on slippery surfaces, when accelerating. Another beneficial point is the rear suspension, which has 5 levels of adjustment.

In addition, it also gained a parking brake that is applied when the side stand is applied.

The windshield can be adjusted easily without the need for a tool. The rear-view mirrors are new and modern in shape.

The instrument panel is complete, with analog displays on the sides and LCD screen in the center. There is now an ignition button, the keyless system, which eliminates the need for a key to start: just keep the remote control in your pocket.

At the rear, the optical set also redesigned, giving it a very modern look.

The capacity of the fuel tank is 13 liters and the space under the seat is 45 liters.