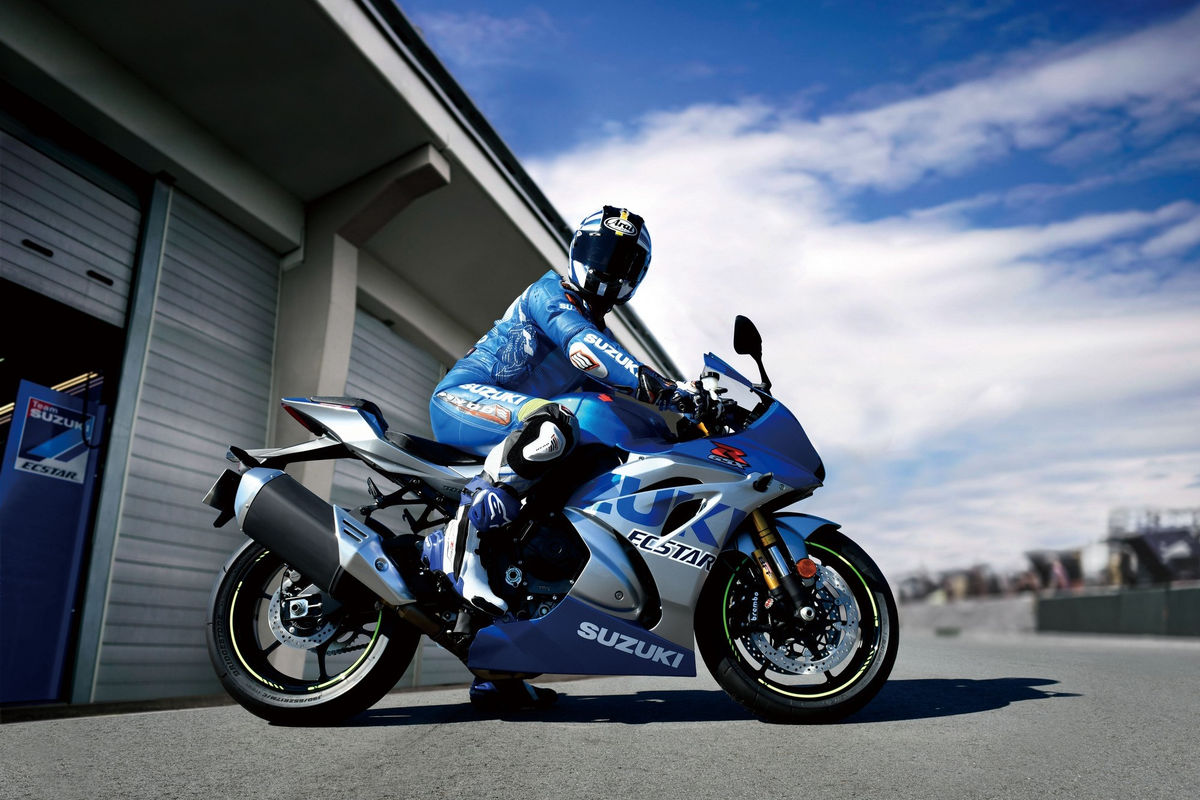 Suzuki launched the 2021 model of the GSX-R1000R supersport motorcycle, which arrives with the team colors in MotoGP, in celebration of the company’s 100th anniversary.

The 2021 Suzuki GSX-R1000R features the Blue and Silver colors of the Ecstar team in MotoGP, a color scheme inspired by the 60th anniversary of the brand’s first world title.

In addition, it can be seen from the images that the model received a new exhaust tip, with a protector.

Despite this, the GSX-R1000R has no mechanical modifications. The model is sold with an inline 4-cylinder, 999.8 cm³ engine, capable of generating up to 202 HP of maximum power.

In 1909, Michio Suzuki founded his company “Suzuki Loom Works” in Hamamatsu, making large looms for the silk industry. On March 15, 1920, it was converted into “Suzuki Loom Manufacturing Company”.

However, Michio Suzuki, anticipating a possible marketing need, then began to focus on the auto industry and in 1952, after World War II, he presented his first motorized bicycle to “Power Free”.

Built for low cost and easy maintenance, it used a 36cc two-stroke engine attached to the frame of a traditional bicycle, facilitating the mobility of the population.

This innovation gave rise to several other models, thus creating one of the most recognized companies in the world, Suzuki Motor Corporation.