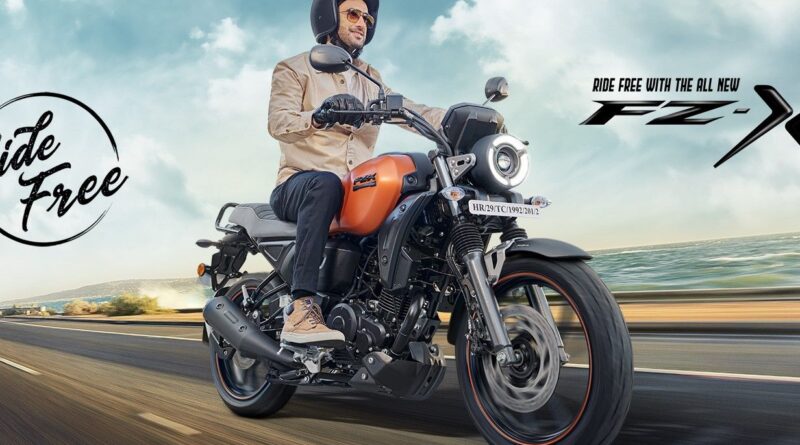 Yamaha launched in India the FZ-X, its new 150cc ‘crossover’ (with adventurous aspiration) motorcycle. It arrives with a design called ‘neo-retro’ and some tweaks to ‘Ride Free’.

The Yamaha FZ-X is based on the FZ-Fi, a 150cc bike sold there, but with some ‘adventurous’ features.

For example, it is equipped with front fork protectors (also known as ‘boots’), dual purpose tires (but with aluminum alloy wheels) and monocross suspension at the rear.

This launch aims, according to Yamaha, to offer a product capable of running on ‘open roads’ (asphalt, dirt, gravel) without worry. It simply means ride to feel the pleasure of freedom.

The Yamaha FZ-X has a design very similar to the brand’s ‘Sport Heritage’ line, which features models such as XSR125 (recently launched in Europe), XSR155 (sold in Asian countries), XSR700 and XSR900 (sold in the Japan, Europe and North America).

It is considered by the brand as ‘neo-retro’, with some elements with a retro design, for example, the round headlamp and the flat seat.

Despite this, it brings modern features, such as LED lighting in the headlight and taillight, and a fully digital panel with connection to a Smartphone, through the Y-CONNECT APP.

The transmission is 5-speed, the fuel tank capacity is 10 liters and the weight in running order (Kerb) is 139 kg.

The Yamaha FZ-X has LED headlamps (with DRL) and taillight, as well as a fully digital LCD panel with Smartphone connection through the Y-CONNECT APP application. The headlight consists of LED cannon in the center and DRL on the sides.

In addition, it features brake disc on both axles, with single-channel ABS at the front, and a side stand engine cut-off switch, which automatically shuts off the engine when engaged for extra safety.

The Yamaha FZ-X can now be booked in India starting at INR 116,800 (approximately US$1578), Ex-Showroom Delhi. The available colors are Matte Copper, Matte Black and Metallic Blue.

In addition, the first 200 who book the bike online will get a Yamaha Original Casio G-Shock watch.

There is no information if it will be sold in other countries.