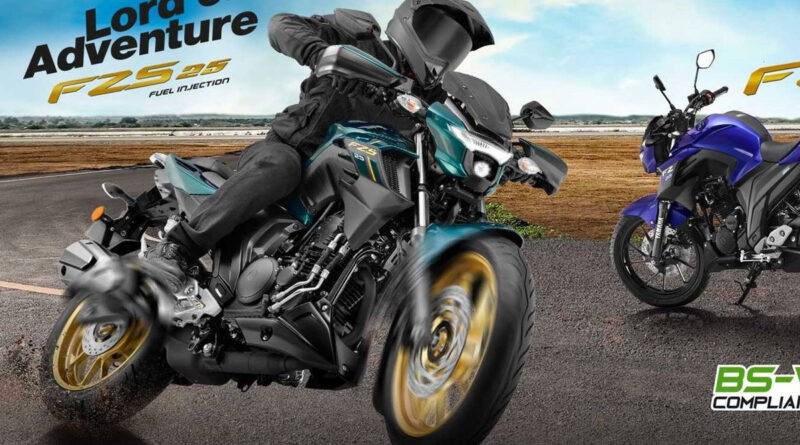 Yamaha registered the name FZ-X in India, which could mean that a crossover / adventurous version of the FZ 25 is on the way.

It is speculated that the FZ-X would be based on the FZS 25, a version of the FZ 25 with factory accessories, such as a larger windshield and hand protectors.

In addition, it could come with spoked wheels and longer suspension, making the model more suitable for off-road.

With that, it would be a much more affordable alternative than the BMW G 310 GS and Kawasaki Versys X-300.

Remember that crossover models do not compete with on / off-road models. The crossovers are focused on the road, with some adventurous ability, for that dirt road on a weekend.

How is the updated Yamaha FZ 25?

The new Yamaha FZ 25 has a new front optical assembly, with a single LED cannon for the high and low headlight, along with an LED line just above, for daytime running light (DRL). This optical set resembles that of the new MT-03 and MT-15.

In addition, it also gained a new LCD panel similar to the current one, but now a negative (or inverted) type, that is, with a dark background, which facilitates viewing.

Another item that the model got is the plastic engine protector.

In terms of mechanics, there is no change. It continues with the good 250 cm³ single cylinder engine, capable of generating up to 21.5 hp of maximum power and 2.1 kgfm / 20Nm of torque.

In India, FZ 25 is also marketed in the ‘S’ version, with factory accessories, called FZS 25 over there.

The Yamaha FZS 25 features a larger windshield and hand guards, as well as gold-painted wheels.