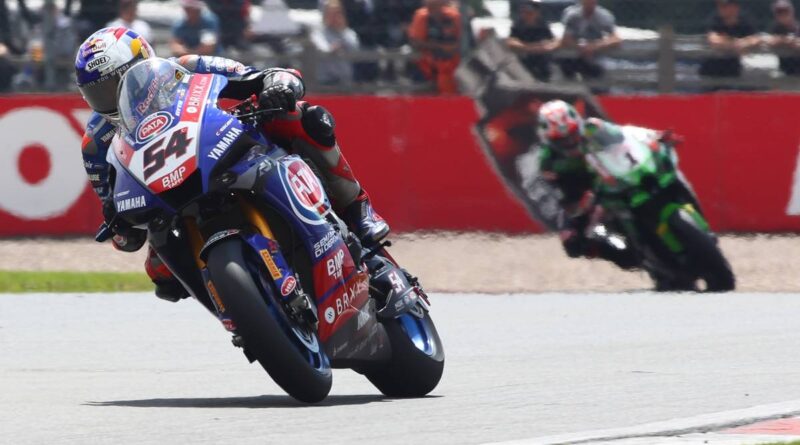 He managed to beat six-time champion Jonathan Rea (Kawasaki) on a track that changed from wet to dry, requiring a lot of skill.

Toprak had a fantastic race, as he started from 13th place and, already in the first corner, occupied fifth place. It didn’t take long and the Turk was already on Rea’s trail.

The six-time Kawasaki champion made some mistakes with the track still damp, and Toprak took the lead so that he could no longer be reached.

Gerloff was the one who managed to climb the peloton and take third position, but he made a small mistake in a corner, lost the front of the bike and fell. He managed to get up and get back into the race, crossing the finish line in seventh.

With that, Lowes ‘inherited’ the third position and placed two Kawasaki on the podium. Official BMW team came next, with Sykes in fourth and Van der Mark in fifth. Haslam was sixth, with his partner Alvaro Bautista eighth.

Therefore, with the victory this Saturday, Toprak closes the gap to the leader, Jonathan Rea.

Finally, the Superpole race and race 2 of the WorldsBK Superbike World Championship, takes place this Sunday, July 4, at the Donington Park Circuit, in the UK.