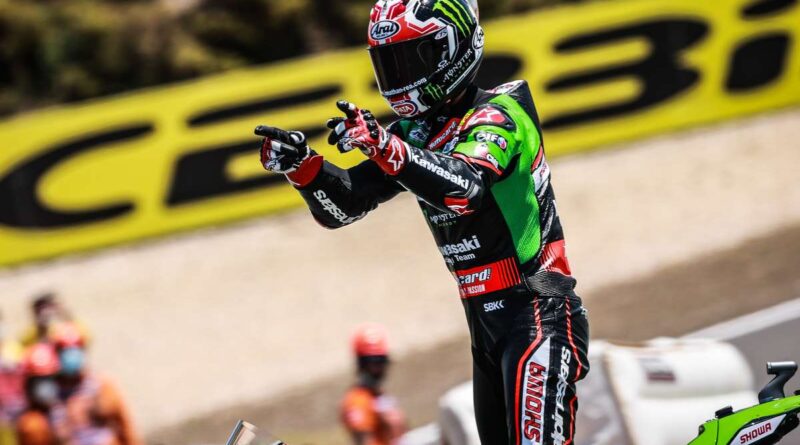 Jonathan Rea, a Kawasaki rider, won race 2 and Superpole, this Sunday at Estoril, Portugal, for the WorldSBK world superbike championship.

He managed to beat Chaz Davies (GoEleven Ducati) and Turkish Toprak Razgatlioglu (Yamaha) in race 2, the most important on Sunday.

The race had a lot of emotion as Scott Redding (Ducati), who led most of the race, took Rea’s overtaking and immediately tried to return it when his bike slipped and he crashed. He got to ride again and finished in 14th position, but as he jump started, after the race he received 6 seconds of penalty, being, therefore, with the 16th position.

This result was tragic for Redding, who is now far behind Rea in the championship (he even lost the runner-up).

The result was also not good for Toprak Razgatlioglu, who, after jump starting, took two long penalty laps on the track, managed to recover some, but finished only in 3rd (he hoped to fight for victory).

Two riders had started well and even overtaken Jonathan Rea: Michael Ruben Rinaldi (Ducati) and Garret Gerloff (GRT Yamaha). They fought for the second position, when Gerloff was unable to brake properly in a corner, hit the Italian and both ended up in the gravel box.

With that, Rea returned to occupy the second position, taking the difference to Redding (because he used the SC0 tire) and managed to overtake practically in the middle of the race.

The six-time champion, besides being a very good rider and having an excellent bike, is very lucky, as he managed to get out of the ‘chaos’ that surrounded him, unscathed, to end with victory.

Who took advantage of the falls was Chaz Davies who, with great pace, managed to finish second (at a certain point, he even threatened the first place).

Alex Lowes (Kawasaki) did not have the expected result, and crossed in fourth place, with ‘the surprise’ Andrea Locatelli (Yamaha) in fifth and Michael Van Der Mark (BMW Motorrad) in sixth.

Therefore, with the victories this Sunday, Rea opened even more advantage in the championship, and leaves Portugal in the lead with 110 points, that is, 35 more than Toprak, the second placed.

Finally, the WorldsBK Superbike World Championship, returns from June 11th to 13th, with the round of Italy Emilia-Romagna, at the Misano track.