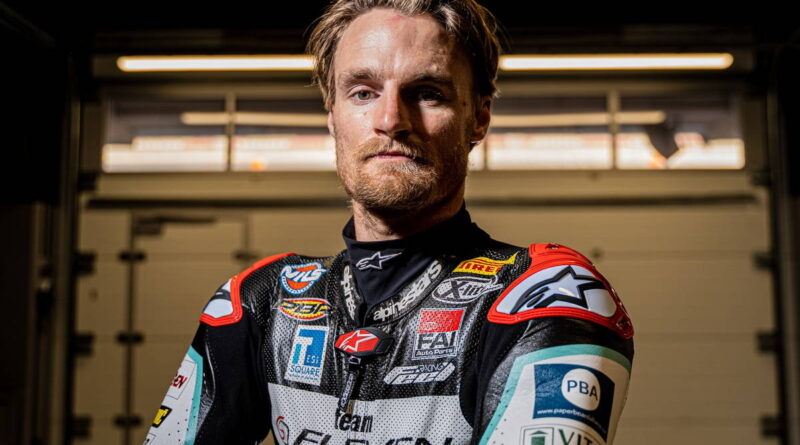 Chaz Davies, current Team GoEleven rider on a Ducati Panigale V4 R motorcycle, has decided to retire after the 2021 season of the WorldSBK Superbike Championship. The 34-year-old Welshman has been vying for the top superbike category since 2012, and has scored 32 victories in total.

The British rider stood out mainly in the official factory team Ducati – Aruba.it Racing, from 2014 to 2020. Before that, he competed in races with Aprilia and BMW.

Davies was very emotional when he announced his retirement: “I just wanted to say that unfortunately in some ways, and fortunately in others, this will be my last season in WorldSBK. It’s obviously a decision that has not come easily, it’s taken a lot of thought because I’m a strong believer in when you’re done, you’re done. To me, the timing seemed right to make this decision. Like I said, very difficult and a lot of deliberation especially being here at the circuit again! It even felt different walking in a couple of hours ago to make this announcement. You need to change something in your head. Here we are. There’s a lot of reasons behind it and like I said, a lot of deliberation and wondering whether it’s the right move but I’m very confident and I’m both happy and sad at the same time that it is the right decision. Ready to turn the page and open up the next chapter.”

Out of Davies’ 32 WorldSBK victories, 28 of them came onboard Ducati machinery as he finished runner-up in the Championship on three occasions while 89 of his 99 podiums came with the Bologna-based manufacturer. After eight seasons riding Ducati’s bikes, where he took the record for most starts for the manufacturer with 211, Davies created lots of good memories for both himself and the manufacturer and he reflected on those during his press conference.

“I’ve had so many good times and I think the, for me, one of the most special things I’ve experienced in all these years was winning races on Italian soil,” said Davies. “Especially at Imola, just down the road from Bologna, and I can genuinely say there’s no feeling like it. It’s just pinch yourself city. All the Ducatisti are there in force. It really does feel like something special. I can reflect on it now, but in the moment, I was like ‘you’ve got to remember this because these are the days that are beyond sweet’. A lot of good times, a lot of good people.”