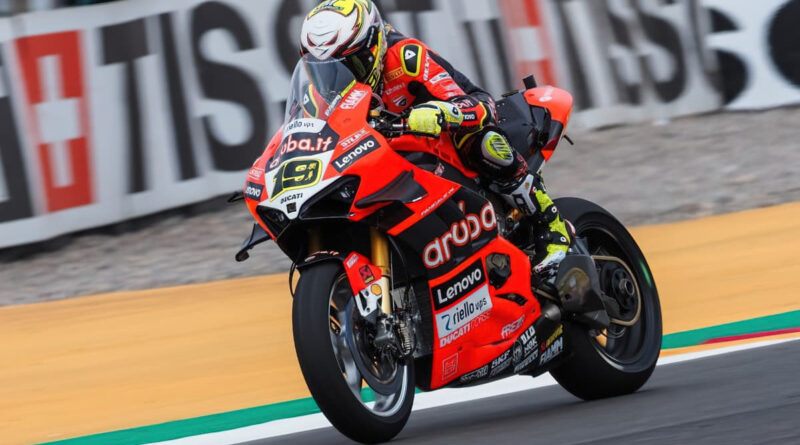 Ducati rider Alvaro Bautista dominated the weekend in Argentina by winning race 1 on Saturday and race 2 on Sunday for the WorldSBK Championship and came very close to the title.

In addition to the two victories, the Spaniard came second in the Superpole race and, with that, was the rider who scored the most points this round, further increasing his lead over the second in the Championship.

On Saturday, Toprak Razgatlioglu (Yamaha) tried to hold the Ducati rider, made a mistake on the first lap, and ended up crashing. He managed to return to the race, but only finished in 15th position, scoring just 1 point.

Jonathan Rea (Kawasaki), on the other hand, fought a fierce battle with Axel Bassani (Motocorsa Ducati), but only managed to overtake him at the end and had to settle for second place on the podium.

On Sunday, in the Superpole race, Rea made a mistake in braking when fighting for the lead of the race, and finished third, with Bautista ahead of him. Who won was Toprak, to make up for the mistake in race 1.

In the main race on Sunday, Bautista did not start well, he lost some positions but, little by little, he recovered and was very close to Toprak again, with Rea fighting at the front with Michael Ruben Rinaldi (Ducati) and Alex Lowes (Kawasaki). Once again, the six-time World Champion made a mistake in braking, and lost some positions. He managed to retake some, but finished third.

After a few laps, Bautista showed more pace than the riders in front of him, and decided to overtake. First was Toprak, then Lowes, and finally, his teammate Rinaldi. It didn’t take long and Toprak also did his move, passed the two and got very close to the Spaniard. But, lap after lap, he couldn’t get close to try to overtake. With that, he was losing touch and had to settle for second place.

Thus, Bautista got a big advantage in the Championship lead and can already be champion in the next race, in a combination of results. In addition, he can afford not to score points in some races, where he still remains in the lead.

Therefore, with the result of the weekend in Argentina, Bautista is the leader with 507 points, Toprak the second with 425 and Rea the third with 409 points.

Anyway, the WorldSBK returns from November 11th to 13th, with the Indonesian round.