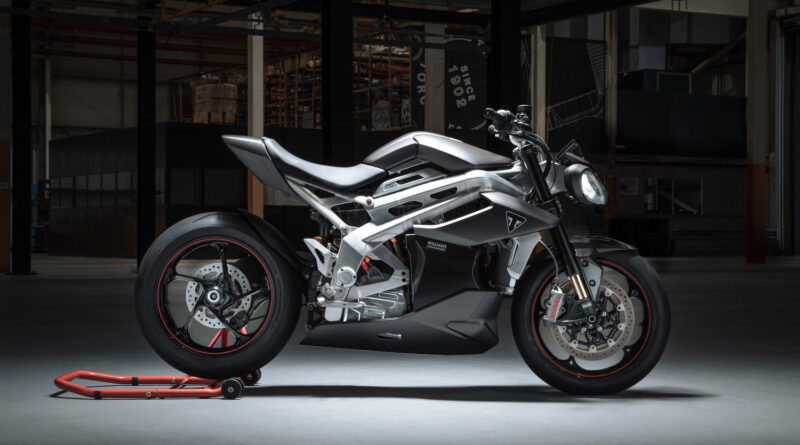 Triumph has announced the completion of phase 3 and the start of phase 4 (final) of its Triumph TE-1 electric motorcycle project. With the prototype ready, the brand now focuses on testing on streets and closed circuits (at Triumph’s state-of-the-art facilities), called a ‘live testing programme’.

The Triumph TE-1 project is a collaboration between Triumph Motorcycles, Williams Advanced Engineering, Integral Powertrain Ltd and WMG at the University of Warwick, funded by the UK Government’s Office for Zero Emission Vehicles, to create innovative developments in specialist electric motorcycle engineering, and innovative design of integrated technology.

With the completion of the prototype, in the next 6 months the full live testing phase of the TE-1 project (phase 4) will come into operation and will cover:

With the announcement of the start of phase 4, Triumph took the opportunity to present the first images of the prototype, showing the final design of the bike.

Triumph’s electric bike features a very aggressive design, with an extremely short tail, and doesn’t give the impression of being an electric bike. The front optical unit resembles other models of the brand, such as the Speed Triple 1200 RS and the Street Triple.

Regarding the electric motor, it was announced that it is capable of generating up to 180 HP of maximum peak power. The battery has a capacity of 15kWh. There is still no information if these numbers are final, so it may change until the bike’s launch.

Just to give you an idea, the Zero SR/S electric motorcycle has a 110 HP maximum peak power motor, with a 14.4 kWh battery.

Anyway, Triumph says Phase 4 will be completed in Summer 2022 (July or August for the North hemisphere). Following this, the prototype will be updated with its final body panels and paint scheme in preparation for active track demonstration and press involvement.