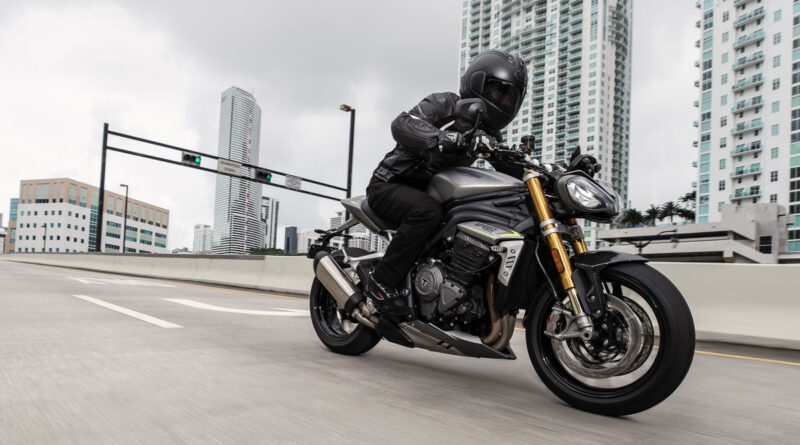 Triumph launched the new 2021 Speed ​​Triple 1200 RS, its 1200cc supernaked, which comes with a new engine, more powerful and full of technology.

Firstly, the 2021 Triumph Speed ​​Triple 1200 RS arrives with a typical design of the Speed ​​Triple line, with clean, simple lines and separate horizontal double headlights. These are in LED and have DRL, which give the impression of “eyebrows”.

Now, the bike has a more centralized mass, and is narrower, weighing 10 kg less than the previous model, that is, it is more agile and precise.

In addition, the Pirelli Diablo Supercorsa SC2 tire can be fitted to the new Speed ​​Triple 1200 RS as a factory approved track option.

In addition, the maximum revolutions increased by 650 rpm, reaching the beginning of the red band at 11,150 rpm. Another highlight is that it is 7kg lighter, even with an increase in cubic capacity.

The panel is also new, fully digital in 5-inch color TFT, and is available in two different themes, which change the color scheme of the screen.

The rider can now access step-by-step navigation through the free My Triumph application, control GoPro, control the phone and music applications.