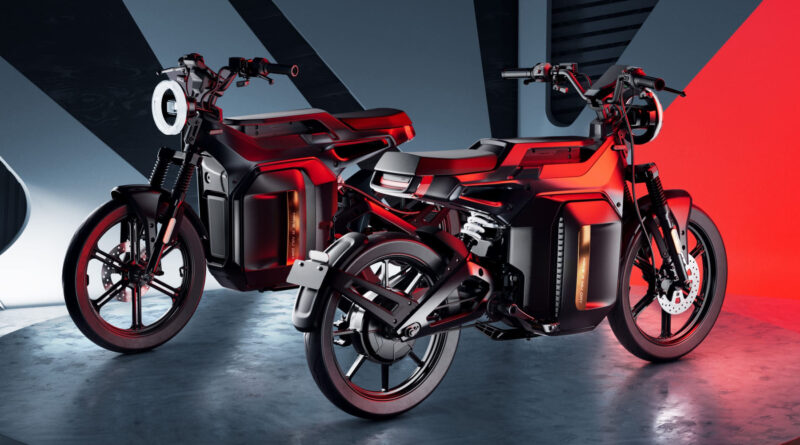 NIU launched in China the SQi, an electric bicycle that looks like a motorcycle, and that arrives with a futuristic design, to be a modern option in urban commutes.

With a design that looks like it’s straight out of sci-fi movies and also reminiscent of Husqvarna models, the NIU SQi features a magnesium alloy frame and wheels, removable battery compartment, 17″ wheels, low center of gravity, and ‘floating’ hollow headlight.

In addition, it brings more items that are usually used in motorcycles, such as large brake discs (220mm at the front, 180mm at the rear), rear swingarm with monoshock suspension, and telescopic suspension at the front.

The NIU SQi is equipped with an electric motor installed in the rear wheel hub, with 400W of maximum power, which allows a maximum speed of up to 25 km/h.

Thus, it is considered an electric bicycle, since its speed and power are limited, being able to circulate in paths where bicycles are accepted but, of course, being careful with pedestrians.

The removable lithium battery is 48V and 20Ah, which, according to the company, allows a range of up to 65 km but, as the model has pedals, this range can be even longer, if you put your legs to work.

Remembering that, in many countries, this type of vehicle is considered an electric bicycle and does not need a license plate or license. In addition, it can be used on bike lanes and paths, helping to bypass traffic in large congested cities.

Anyway, the NIU SQi is sold in China for from RMB 8,999 (approximately US$ 1,333). There is no forecast for other countries.