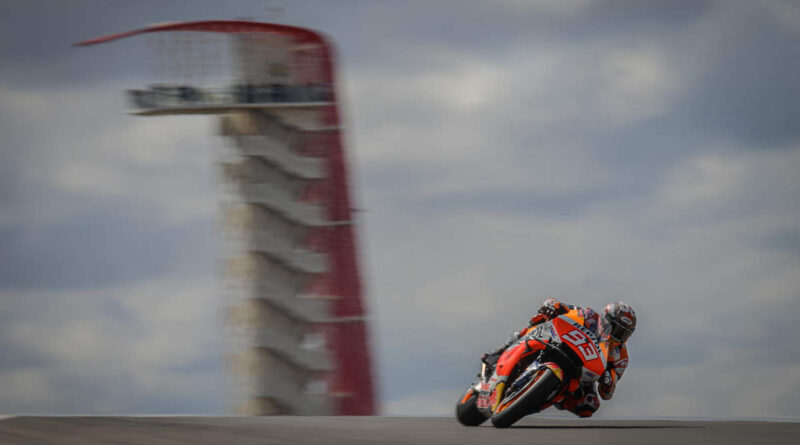 Repsol Honda Team MotoGP rider Marc Marquez won the GP of the Americas this Sunday. He, who is considered ‘the King of the Americas’, ran a dominant race and won quite easily in Texas.

Marquez started in third position, but with a good start, took the lead in the first corner. He was under some pressure, mainly from Fábio Quartararo (Monster Energy Yamaha MotoGP), but he managed to hold on and, after a few laps, he started to turn fast and open up a good advantage.

In the end, the Honda rider only had to manage, as the Frenchman who leads the championship also reduced the pace, thinking about not making mistakes and putting the title at risk.

With this, Marquez got his seventh victory at the Circuit of The Americas, and was the 450th podium for the Repsol Honda Team in the premier class, 48 by Doohan, 44 by Criville, 112 by Pedrosa and 98 by Marquez.

With second place, Quartararo opened a 52-point advantage over Bagnaia and could, in the next race, in Misano, be the anticipated champion. He greatly celebrated the result in the race and said it was ‘like a victory’.

The dispute for the other positions was a little more ‘lively’, with overtaking between Alex Rins (Team Suzuki Ecstar), Jorge Martin (Pramac Racing) and Francesco Bagnaia (Ducati Lenovo Team). The latter managed, in the end, to take the third position, but it looked like Martin let him through. Before that, Jack Miller also opened the way for his partner.

Rins managed to finish fourth, Jorge Martin fifth and Enea Bastianini (Avintia Esponsorama) sixth, after Miller and Joan Mir (Team Suzuki Esctar) touched on the last lap. After the race, both came to argue, as the Australian did not like the aggressive and disloyal maneuver of the Spaniard.

Anyway, Quartararo leaves the United States in the lead of the championship, with chances of being champion anticipated in the next race.

See the race result in USA: