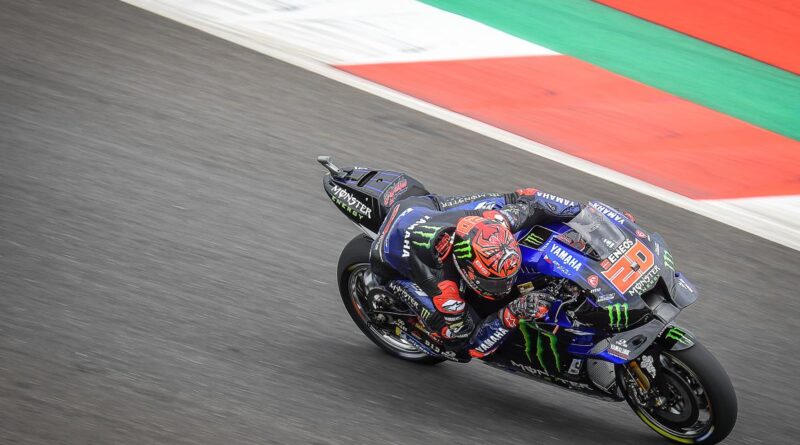 Fabio Quartararo, a Monster Energy Yamaha MotoGP rider, will start at the front at the Indonesian GP in MotoGP. The Frenchman showed great performance at the new Mandalika track, and will be aiming for victory on Sunday to recover from a poor performance in the opening race of the season.

It was a qualifying with many crashes and big names had to compete in Q1, such as Marc Marquez and Pol Espargaro (Repsol Honda Team), Francesco Bagnaia (Ducati Lenovo Team), and Joan Mir (Team Suzuki Ecstar).

Marquez crashed twice at the same spot on the track and didn’t get a good time to get through to Q2. He starts only from 15th position. Who passed was Bagnaia and the ‘surprise’ Fabio Di Giannantonio (Gresini Racing MotoGP).

In Q2, Quartararo didn’t give the competition any chances, and set the fastest time, with 1:31.067. With that, he starts at the front and, happy with the FP4 (which is practically a race simulation), hopes to fight for victory on Sunday. His teammate (Franco Morbidelli), had a great chance of also starting at the front row, but he crashed in a fast corner and will only start from 12th position.

The Ducatis that stood out were from the ‘satellite’ team Pramac Racing, with Jorge Martin the best starting in second and Johann Zarco in third. The latter also crashed, but had time to take the spare bike and set the third fastest time.