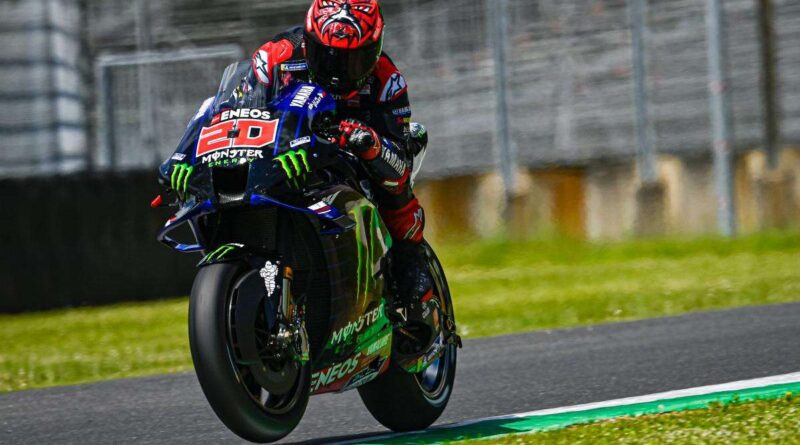 Fabio Quartararo, a Monster Energy Yamaha rider in MotoGP, will start at the front in the Italian GP. The Frenchman managed to put more than 2 tenths of a second of difference to the runner-up, Francesco Bagnaia (Ducati Lenovo Team).

With a time of 1: 45.187, he starts at the front for the fourth time of the year. Next to him, in the front row, two Ducati bikes: Bagnaia in second and Johann Zarco, a Pramac Racing Ducati rider, in third.

Qualifying 2 (Q2) started with a surprise: the two drivers who made it past Q1 were Marc Marquez (Repsol Honda Team) and Aleix Espargaro (Aprilia Racing Team Gresini). Maverick Viñales (Monster Energy Yamaha), who was the favorite, failed, and will start from 13th place.

Despite reaching Q2, Marquez (who is still out of pace) starts from 11th position. Aleix Espargaro managed to get the fourth place, very impressive for the italian.