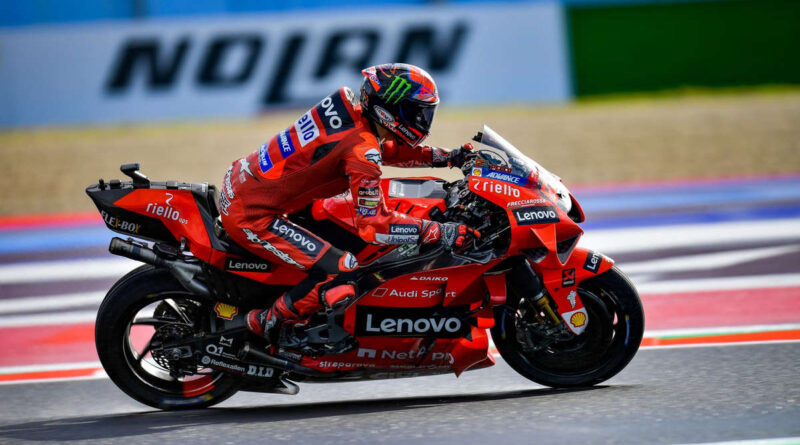 Ducati Lenovo Team rider Francesco Bagnaia will start at the front at the Emilia-Romagna GP in MotoGP. It was his 4th pole in a row and the first time a Ducati rider has achieved it since Casey Stoner in 2007.

Fabio Quartararo (Monster Energy Yamaha MotoGP), the championship leader with 52 points ahead of Bagnaia, had a qualifying to forget, as he only starts from 15th position.

It was a tough Saturday as it rained and the track was wet. Both Bagnaia and Quartararo had to fight for Q1. The Ducati rider made it to Q2, but the Frenchman didn’t.

More used to the track conditions, Bagnaia quickly started setting the best times. The track was drying a bit and, lap after lap, he took more. With 7 minutes to go, he set the fastest time, 1:33,045, enough for his fourth straight pole. Jack Miller was just 0.025s ago. Rossi’s brother Luca Marini starts in third, just 0.085s behind Bagnaia.