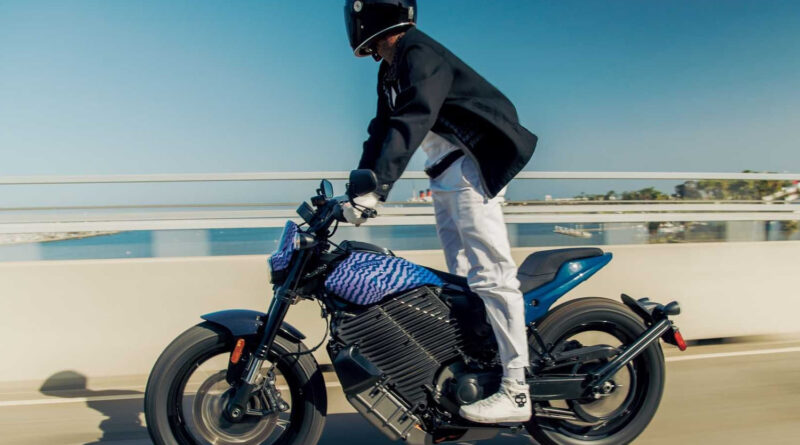 LiveWire, Harley-Davidson‘s electric motorcycle brand, announced in the United States the launch of the S2 Del Mar, its most ‘affordable’ model and inspired by flat-track motorcycles.

Named by the company as an ‘urban street tracker’, the S2 Del Mar features a ‘flat-track’ overall design, large 19″ wheels, reasonably thin tires with a flat-track pattern developed in partnership with Dunlop especially for this motorcycle, and narrow seat.

The biggest novelty in the model is the use of the new S2 Arrow platform, in which the battery and motor are structural parts of the chassis. Thus, this architecture can be used in other future models, reducing the cost of research and development. The headset support and rear swingarm are bolted to the assembly, forming the chassis.

According to preliminary information, the S2 Del Mar has a central electric motor capable of generating up to 80 HP of maximum power. The engine of the LiveWire ONE, the brand’s top-of-the-line electric motorcycle, provides up to 105 HP.

Information about the battery has not yet been released, but the model is expected to have a range of approximately 100 miles (160 km). For comparison, the ONE achieves a range of up to 146 miles (235 km).

In addition, to cool the battery/motor set, a liquid-cooled radiator is used, in addition to the air system, as the battery housing is fully exposed and has fins to lower the temperature.

This new model does not yet have a forecast for Europe or other markets.