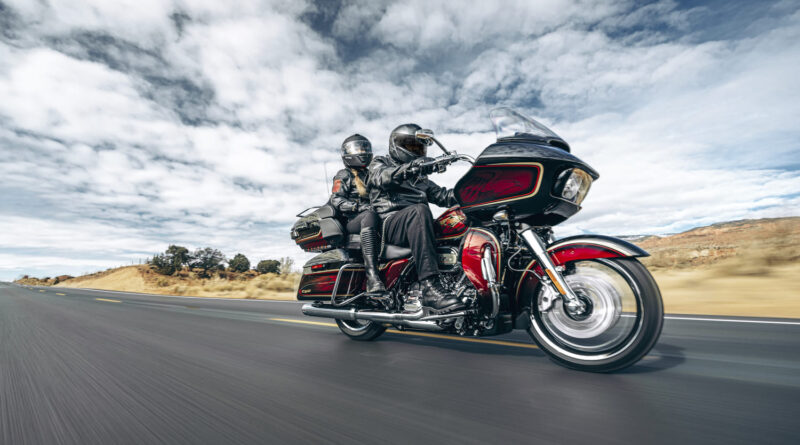 In addition, the 2023 model of the new Breakout, the new Nightster® Special and also the restyled and blacked-out Freewheeler® trike model were presented.

The very limited-edition, super-premium CVO™ Road Glide® Limited Anniversary model celebrates 120 years of craftsmanship with one of the most intricate paint schemes ever offered by Harley-Davidson.

Panels of Heirloom Red are applied over a base coat of Anniversary Black, each outlined with a bright red pinstripe and a hand-applied gold paint scallop. In addition, subtle details added within the panels portray the head and wings of a soaring eagle.

Finally, a Special 120th Anniversary paint in a different scheme will be offered on six additional limited-production Harley-Davidson® models, with color and design combinations inspired by early Harley-Davidson motorcycles.

The Breakout® model returns to the North America model line, flexing more muscle and flashing bright new styling over its long-and-lean chopper profile. The muscle is provided by the Milwaukee-Eight® 117 V-Twin engine.

Finally, the Freewheeler® model, an attitude-soaked, cruiser-inspired trike, gets a blacked-out restyle for 2023. The front end, headlamp nacelle, tank console, hand and foot controls, powertrain and exhaust all have black finishes in place of previous bright finishes.