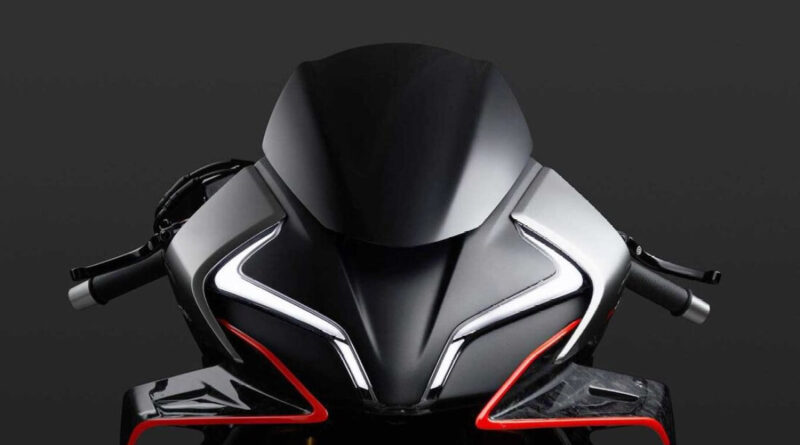 Chinese motorcycle and ATV maker CFMoto is developing a super sports bike with a 1,000cc V4 engine producing more than 200hp, according to a patent filing released by the German website motorradonline, with the possibility of the bike being called the CFMoto 1000 RR.

According to information, this engine may be derived from the one used by KTM in MotoGP, in its prototype RC16 motorcycle. For those who don’t know, the Austrian brand is a CFMoto’s partner in China, which has also set foot in MotoGP, in the smaller categories.

In the patent filing, CFMoto describes the V4 engine with up to 150 kW of maximum power, that is, approximately 204 hp, something that would place it among the main manufacturers of sports motorcycles.

With that, the Chinese company may have its eye on entering the top category of the superbikes world championship, the WorldSBK, where today there is a very big dispute between Kawasaki, Ducati, Yamaha and Honda.

Ducati, for example, already uses the Panigale V4 R with its V4 engine in WorldSBK, which is derived from the Desmosedici GP engine in MotoGP. For 2023, the company estimates that its engine can yield up to 240 hp, that is, the most powerful on the grid.

With its 204 hp, we believe the power of CFMoto’s bike can be for the street production model, undergoing improvements and adjustments to extract more for a competition model.

Anyway, now we have to wait, but it is a fact that Chinese manufacturers are entering the world of motorcycling with everything and it is to be expected a top-of-the-line model to compete in the best championships in the world.

The photos in this article are of the SR-C21 concept model, presented by CFMoto at EICMA 2021.