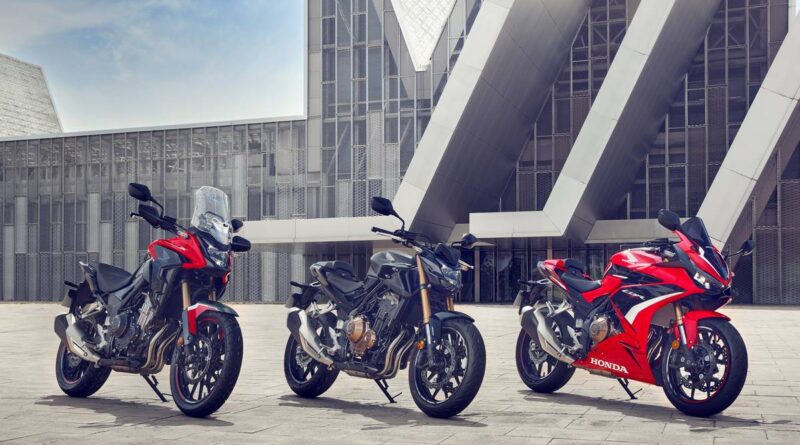 The main novelty in the line is the 41mm Showa SFF-BP USD front forks, the same used on the CB 650R and CBR 650R. It is present in the three versions of the CB 500, the ‘naked’, the sporty and the crossover/adventurer.

Other important mechanical upgrades are a new rear swingarm, which is lighter, new alloy wheels, which are also lighter, and a 296mm front double disc brake.

Finally, still in the mechanical aspect, they arrive with new fuel injection configurations, which improve the torque sensation.

The engine remains the same 471 cm³ liquid-cooled twin cylinder that, in Europe, is capable of generating 47 HP of maximum power (because of the limit for the A2 license category, which is 35kW).

In the ‘naked’, we noticed that the front fender was redesigned and is smaller, in addition to coming out in black (unlike the previous model, which came out in the same color as the bike).

On the ‘crossover’, the front fender was also redesigned and is a little bigger, in addition to receiving unprecedented details and graphics.