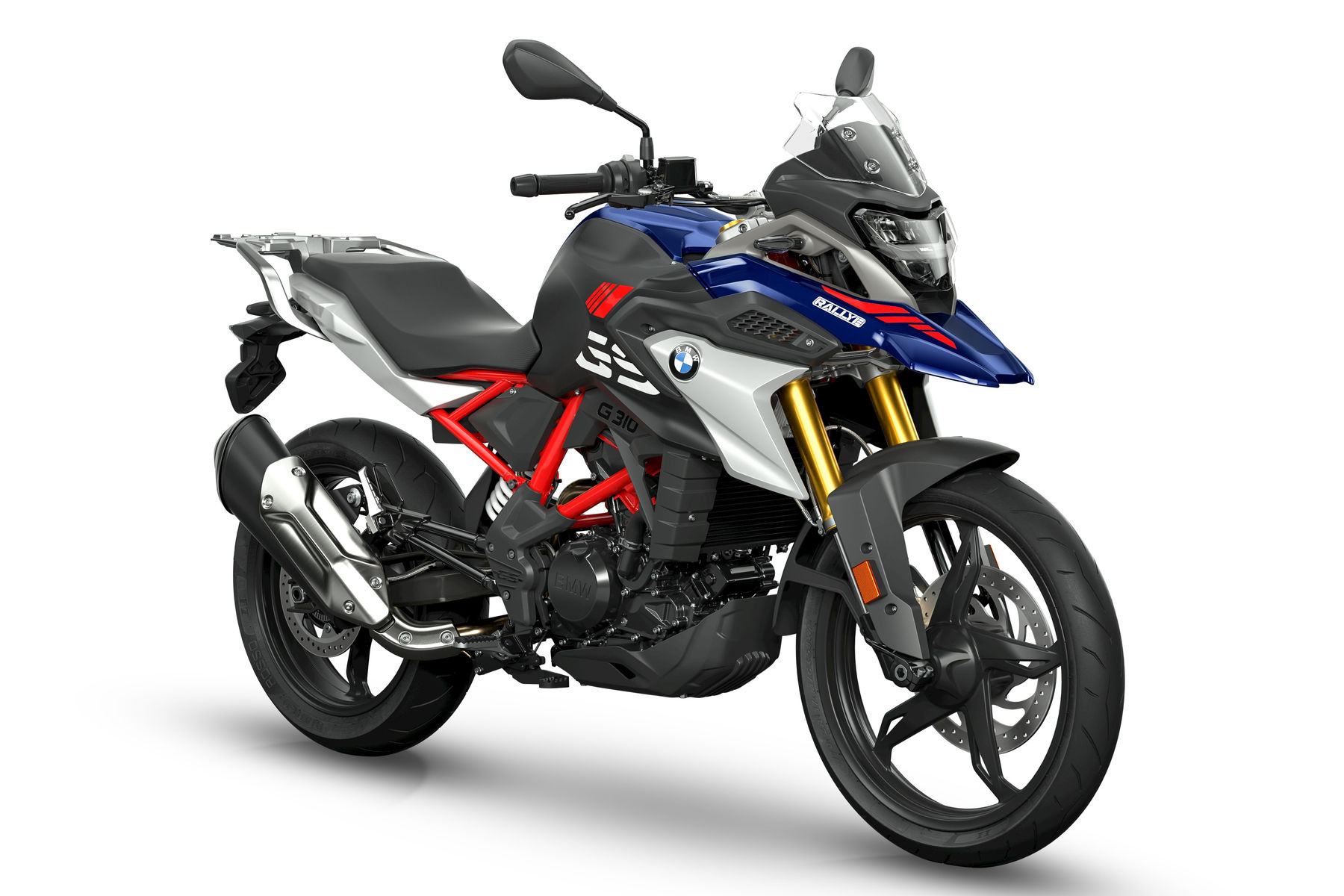 The 2021 BMW G 310 GS brings small changes in the design, mainly in the front optical, and in the “nozzle”. In addition, the model features LED lighting (headlights, flashlights and turn signals).

The model received two new versions: Rally and ’40 Years GS ‘edition. The Rally version has a red painted frame and a central front cover of the tank in metallic blue.

For use in the new 2021 BMW G 310 GS, the engine has been equipped with the so-called “electronic throttle grip” (electromotive throttle controller) and now offers an even more sensitive throttle response.

The automatic increase of the idling speed at the start also prevents a possible sudden stalling of the engine.

The engine remains the same 313 cm³ single cylinder, capable of generating up to 34 HP of maximum power and 2.9 kgfm / 29Nm of torque.