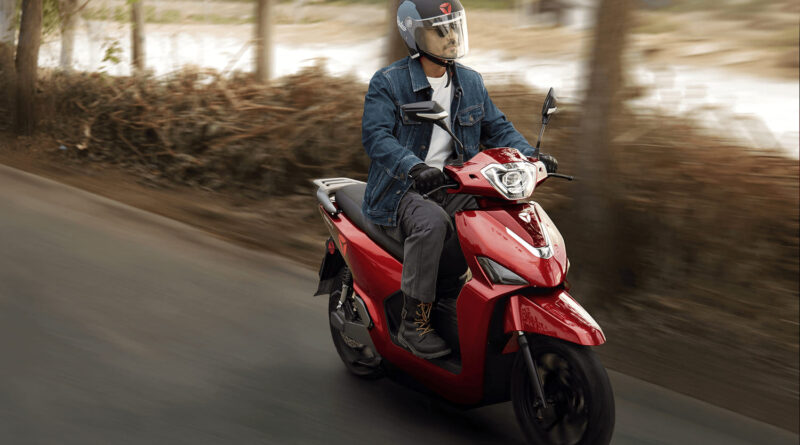 Yadea launched at EICMA 2022 (International Motorcycle and Accessories Exhibition) the Voltguard VFV, its high-performance electric scooter, which arrives with a traditional scooter design, but modern, and state-of-the-art technology, to be a great option for urban transport.

According to the company, the Voltguard VFV is one of the best electric scooters available today, as its ‘Pro’ version features an ultra-high energy density battery, producing more power at the same weight.

In terms of design, it arrives with a traditional urban scooter design, but modern, reminiscent of the Honda SH 150i, with a completely flat floor and headlight incorporated into the steering table.

To deliver even more comfort in any situation, the Voltguard VFV features hydraulic suspension at the front and rear, low seat (only 700mm), and 14-inch wheels.

In addition, in its ‘Pro’ version, it has a central engine with a nominal power of 3 kW and peak power of 5.5 kW, which allows a maximum speed of up to 80 km/h and acceleration from 0 to 50 km/h in 4 seconds. Final drive is by belt.

In the standard version, the motor is installed in the rear wheel hub, with a nominal power of 1.2 kW and peak power of 2.5 kW, which allows a maximum speed of up to 50 km/h.

The Yadea Voltguard VFV, in its ‘Pro’ version, has two 72V and 27Ah removable ATL lithium batteries (car-grade), which allow a range of up to 200 km on one charge, with an average speed of 30 km/h. In the standard version, the 72V and 38Ah graphene battery allows a range of up to 120 km.

Finally, it brings Full-LED lighting, LED digital panel, USB charging port, space under the seat with 21 liters of capacity, 14″ aluminum alloy wheels, disc brakes on both axles, CBS brake on the ‘Pro’ version, and tires measuring 90/90-14 at the front and 100/90-14 at the rear.

Anyway, the Yadea Voltguard VFV should hit stores in Europe in early 2023 but the price has not yet been announced.