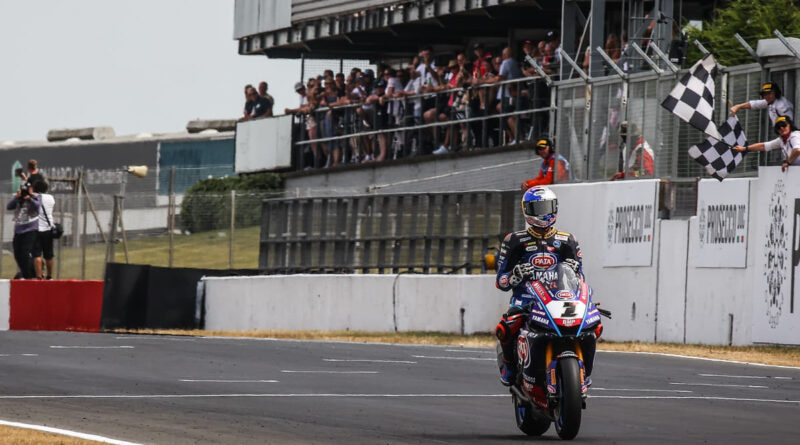 Yamaha rider Toprak Razgatlioglu won race 2 this Sunday at the Donington Park circuit, in the UK, for the WorldSBK Championship, and closed the gap to Alvaro Bautista (Ducati).

The Turk dominated the weekend in the UK round also with victory in Race 1 and Superpole on Saturday. It was a great result for the Yamaha rider, who struggled in the first four rounds of the 2022 season, where he had only managed one win.

In Race 1 and Superpole, Toprak was able to take the lead at the first turn, riding calmly to victory. In Race 2, although he also took the lead at the first turn, he came under a lot of pressure from Jonathan Rea (Kawasaki). But he managed to resist, as he braked much later than his rival and it was almost impossible to overtake him. Halfway through the race, Rea lost performance, leaving the Turk to ride freely to victory.

So Toprak closed the gap well to Bautista, as the Ducati Spaniard crashed in Race 1 and didn’t score any points. He managed to recover in Superpole and Race 2, where he finished fourth and second respectively.

On the other hand, Rea left with a bitter taste of the round at home because, despite having more race pace, he was unable to overtake Toprak and try to win.

So, with the result of the weekend at Donington Park, Bautista is the leader with 246 points, Rea the second with 229 and Toprak the third with 203 points.

Finally, the WorldSBK returns from the 29th to the 31st of July, with the Czech round.